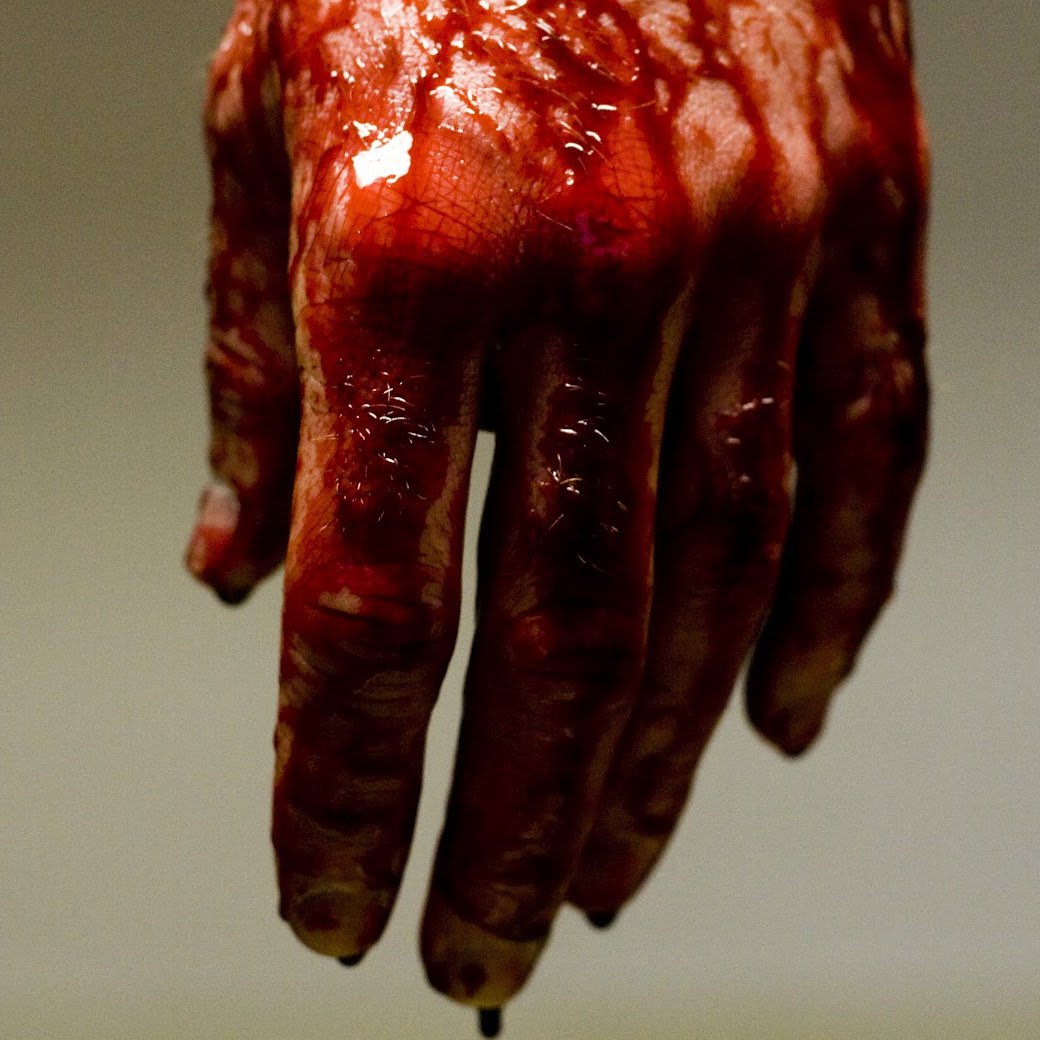 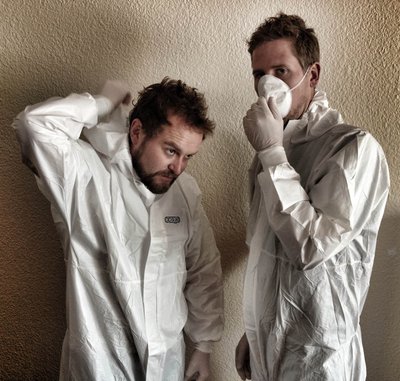 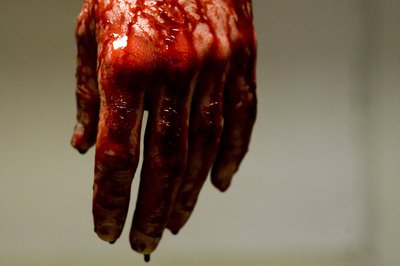 In the competitive world of property development, two men go to extreme lengths to secure a lucrative real estate deal and to dig themselves out of a financial hole. As they wait for darkness to fall, the paranoia sets in and they find their ideals challenged, their morality shaken and their blood-lust slowly increasing. “The Frontiersmen” is a dark tale about land, blood and good old South African greed.

From the creators of the award-winning play “Champ”, comes a disturbing story about the violent measures some people will go to for financial gain. Shane and Yuri, two ambitious property developers, are on the verge of sealing a very important property deal, but it grounds to a halt when an important investor threatens to pull out. Convincing themselves that their survival is at stake, Shane and Yuri make a fateful decision to abandon their humanity and embrace the evil in their hearts.

The script, by Fleur du Cap winning writer Louis Viljoen, is fast-paced, profane and unsettling and is complimented by the direction of acclaimed theatremaker, Greg Karvellas (Champ, Frank-n-Stein, The Abusers). Added to that is a power-house team of actors: Nichlas Pauling (Waiting for the Barbarians) and Mark Elderkin (Betesda) .

Good performances, very poor script. Too derivative, too many word games from the writer of the very good Champ.

Loved it. The play was very, very clever. You think it is about corruption and greed and what people are prepared to do for money but it is really about the unveiling of a psychopath. In the first part you think Yuri is the ruthless "leader" and poor, young Shane was reluctantly drageed in - the throwing up is a nice touch - but it slowly turns around and the really shocking thing is that it is Shane, who threw up from excitement, not shock. Brilliant. Yuri's monologue was very Berkoff, loved it. 4 stars for the evening, you lost a star because even though it is a charming venue, the wine was warm and so was the soda water.

A tricky thing to follow up on a very successful first play (Champ) but The Fron­tiers­men does it. Some great writing - maybe too many echoes of Mamet & Tarentino, and possibly a little too unrelenting in energy & pace. And very fine, focussed performances from both. Pauling virtuoso moments(though watch U.S. creeping in!) Loved it! Congrats to all.

Edgy, bold, raw and gratuitous. Great performances. Sharp writing. This is the kind of unsafe of work makes this venue unique, I'd definitely come back to see more if this is the kind of work presented. The booking system and online communication by the way is really functional and user friendly, and the venue is awesome. Keep it edgy. Thanks guys.

Very entertaining. Actors were brilliant :) A must see

A high class performance. It was weird at first seeing the cast without their bear suits.One star lost for slightly labored oscillation in the power play of the characters.

Didnt "get" it entirely-but enjoyed the dialogue. And twists and turns. Very nice venue.

Bloody delicious. Congrats, chaps. I was reminded why I'm such a fan.

The script was verbose, over-written and rather old fashioned. It has all been done before, and better, by Joyce,Henry Miller, Mamet etc. The writer had very little to say, and so took refuge in verbiage. He also seemed out to titillate or shock, but the most shocking moment for me was when they mentioned something about Bloemfontein, as the whole thing was so pseudo-American that it did not seem relevant to South Africa at all. The performances were good, but wasted on a second rate piece of theatre. Thank goodness it was only an hour long.

The star is only for the actors, who made the best of a lamentably impoverished script. Characterisation was non-existent and the constant, repetitive use of f-words etc confirms the immaturity of the "playwright". I'm reconsidering my intended booking for "Drive with me"...

A taut, intelligent, dark and gripping play, brilliantly realised and performed by two superb actors. The sinister seamier side of property development in a cutthroat (literally!) world is laid bare as the play traverses issues such as greed, betrayal, murder and moral murkiness. The pace is cracking,, the twists shocking. Very powerful stuff. Bravo!

Really raw and harsh - I actually had a nightmare. Amazing acting. After this and Champ, these guys seem like they're going to overdose on adrenalin and start ageing at a rate of knots!

I really truly enjoyed the play. the boys are all good friends of mine and it was Nick, Mark and Louis all in their finest form I felt. The chicken pie was really delicious and we both just loved the bar downstairs. Great work all round

I did not think it was particularly good.

We loved it. Well - it was horrid and shocking and intriguing and riveting. The writing is great and the performances faultless. Great stuff. thank you and congratulations.

Hi There, I'm wondering if you guys can help me. I had a bit of a catastrophe last night. I was on a first date with my girlfriend and I broke down on the way to picking her up, I pushed the car by myself and eventually got it started again but I arrived at Alexander Bar at 19h16. I spoke to the barman (I forget his name) and he said it was too late to let me in which is obviously understandable. He said I should contact you guys and I might be able to get a refund or even better (in my opinion) a comp ticket so I can still see the show. I'm so sorry for being that guy but I'm living on a student budget and was rather hopeful to get a taste of what you guys offer and obviously impress my date. Regards, Keith

What a fantastic show! Great performances and refreshingly creative script. We need more shows like this, that focus on quality theatre rather than hype.

Great acting & good entertainment, but overall the play itself is disappointing. Probably because "Champ" was so good? . . . I saw it 3 times, including at Grahamstown, and found it gripping on all 3 occasions. "Frontiersman" just didn't work for me, in that it seemed to be the same issue going round & round all the time - 2 okes shouting at one another, in a similar vein, all the time, albeit brilliantly acted. The "twist" at the end isn't sufficient to rescue the work from its 'sameness".

A very intense show. In discussions afterwards, the group I was with felt that the emotional intensity was too unrelenting, and the play could use some calmer areas for the sake of contrast. At the end we all felt emotionally exhausted. Which I imagine is what the playwright wanted anyway. And the expletives lose their effectiveness when they are used so frequently. Very hard-hitting and affecting theatre, but somewhat difficult to stomach.