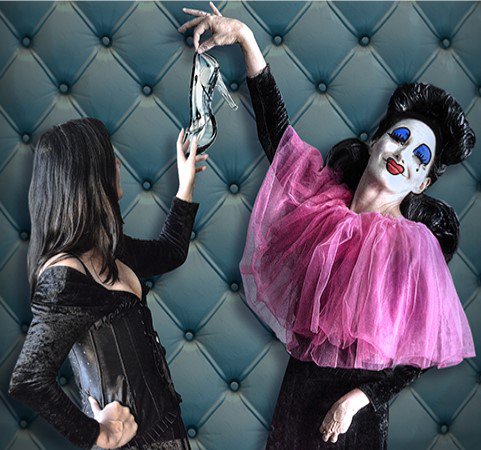 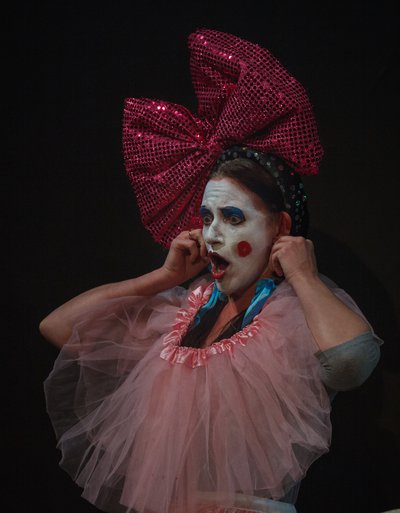 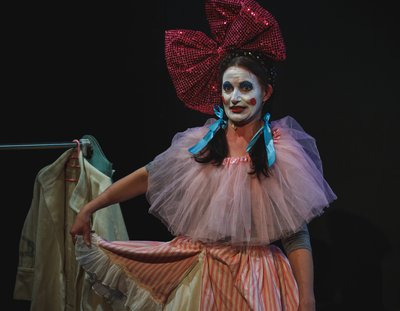 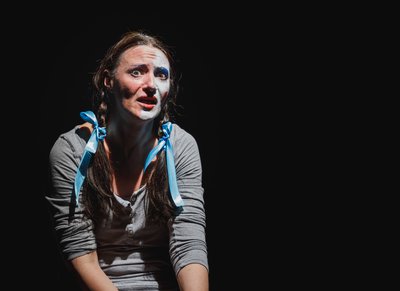 6 performances between Jan. 2, 2018 and March 17, 2018
A Dramedy with Music
Written and Performed by Dianne Simpson • Directed by Onida Cowan
60mins

From the creator of the critically acclaimed, ‘Rose Red’, comes the sequel – The Sisters Ugly – The other Side of the Cinderella Story from the perspective of the Ugly Sisters. It debuted at the 2017 National Arts Festival in Grahamstown 2017, it also featured at the Cape Town Fringe Festival in September 2017. Dramatic, witty and thought provoking, we finally find out WHY these girls did what they did and why they became who they became. This cabaret explores the sabotage, intrigues and events that shaped their motives and features music covers by the likes of Elton John, Sara Bareilles, Queen and others.

Dianne as appeared in Musicals, THE SOUND OF MUSIC, MY FAIR LADY (State Theatre) A FUNNY THING HAPPENED ON THE WAY TO THE FORUM (Nelson Mandela Theatre) and SPOOF FULL OF SUGAR and theatre productions such as, BLITHE SPIRIT and George Bernard Shaw’s OVERULED and HOW HE LIED TO HER HUSBAND (Last three at The Auto and General Theatre on the Square) and WITHOUT A HITCH, directed by Tobie Cronje at Monte Casino, Pieter Toerien’s Studio Theatre.

She has appeared on TV in GENERATIONS, RHYTHM CITY, THE WILD and BINNELANDERS. She was an on-set voice artist for the movie, “RACING STRIPES” (for Warner Brothers) and can be heard as the voice of Lillian in the SA 3D Animated Movie, “JOCK”.

She worked for two years for The Flying Circus under the directorship of Daniel Buckland, doing Motion Capture Animation for the animation series, SILLY SEASONS, where she voiced two of the main characters and wrote – alongside Daniel Buckland and James Cairns - for the series.

She currently lives in Cape Town where she works for SAfm as a voice artist and writer for the children’s shows, SHARP SHARP and NALI BALI.

Onida Cowan’s career spans over almost 25 years. She kicked off as an actress in the permanent companies of PACT and PACOFS, and was then part of the Free State of Mind Theatre Company that ran the Observatory Theatre in Bloemfontein. During this period, she did an average of 10 productions a year, and was nominated and won several theatre awards. In 2000 she moved to Johannesburg to pursue her freelance career. Here she worked as actress, writer, director, workshop facilitator, did a lot of dubbing, worked in a casting studio, created a comic strip for Rapport, and had a run in every soap ever made, except Egoli. Onida went on holiday to Cape Town in 2011 and stayed. She became a mom and is working at ERM Management – one of the most established actor’s agencies in Cape Town. Doing THE SISTERS UGLY is pure joy, and keeps the creative juices flowing.

"The real delight is in Dianne Simpson, from the minute you clap eyes on her as she comes onto stage, she is magnetic, beguiling, hilarious, powerful, wicked and amazing."

Review of "The Sisters Ugly" by Megan Furniss

She was great! Could feel her energy!

A delight, in all respects.

A tour-de-force. A great take on an old story. Very inventive and insightful

Witty, entertaining, engaging. It is a different take on a tale of old. Quite sad, but extremely moving. Enjoyed every moment! Very good acting, small, inanimate theater. Well worth the visit.

It was simply fantastic! I'm very impressed by this woman's energy and ability to capture the attention of the audience!