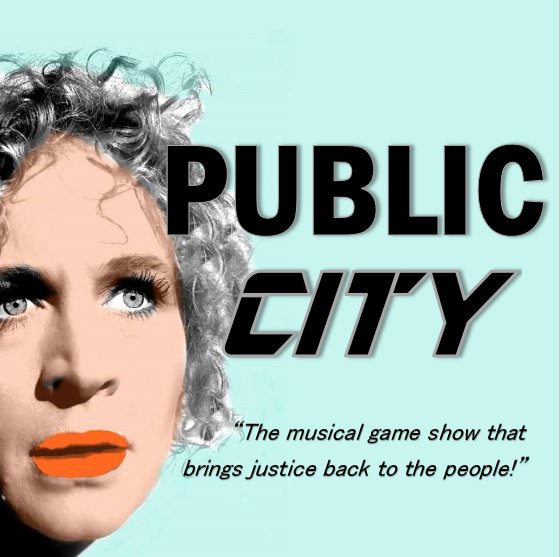 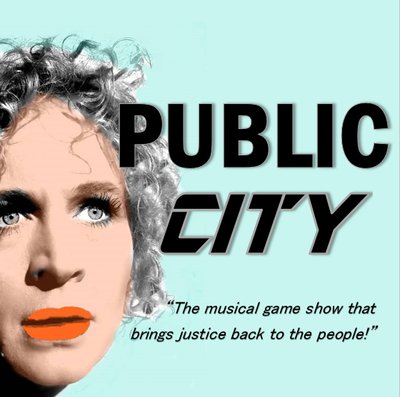 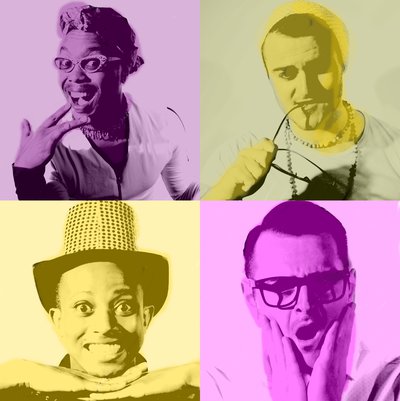 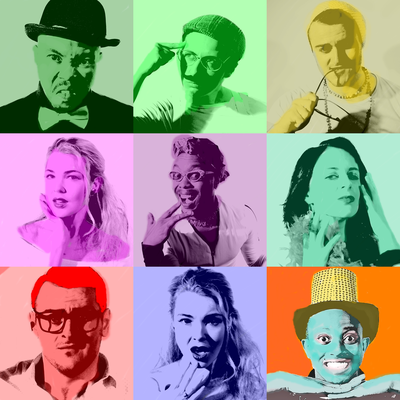 A popular sports hero accused of murdering her partner, must give the performance of her life to secure her freedom, and YOU the public will decide if she walks or if she hangs. The NETWORK presents Public City, the legal game show that gives justice back to the people.

Set in the future when the legal system has become an afterthought, public opinion becomes the most valuable commodity. When crime strikes and scandal hits the feeds, it’s Public City who brings the drama to the people. Only the most topical incidents to play out in our courts, ensuring that our viewers get access to truth of the highest quality. Will the victim become the victor? Was their performance hitting all the notes? Your vote could be the difference between life or death.

Christie Hollander has over 5 years experience in various positions within the theatre industry; from Resident Creative Director for Funny Girl at the Fugard theatre 2017 to Technical Manager for the National Schools festival 2013-17. She has an Honours in Theatre Making from UCT (2013) and has her own company ReVel Entertainment. Her first work Spectacular, Spectacular, ran for 5 days at the German Club in 2012; and has consulted for productions, Glas ennie Draad 2015 & 16 and Cheers to Sarajevo 2016 & 17. She has a passion for story and believes in the power of performance to transform its viewers.

Lauren Steyn, graduated in 2008 with a degree in Theatre and Performance at UCT. Nominated for a Fleur du Cap award for her role as Emilia in Geoffrey Hyland's Othello 2008. Steyn had a successful run of a one-woman show, Damage Control written by Amy Jephta and directed by Tara Notcutt. Steyn has also starred in various Artscape theatre productions and has toured Europe as a musician and actress on several solo projects. Her film and television repertoire, includes Simon Verhoeven’s ‘Friend Request’ 2016, ‘The Golden Rule and Quinton Lavery’s ‘Casting Me” 2012, The Great British Story 2015, Dominion (2016) and SAF(2015). She has recently starred alongside renowned Hollywood star Steven Coogan, in Oliver Schmidtz’s Shepherds and Butchers, which released earlier this year.

Regina obtained her BMus at Stellenbosch University, specializing in stage performance with Classical singing as her first instrument. While she has previously done Operas such as Le Nozze di Figaro and Dido and Aeneas, last year she starred in her first three plays, namely Macbeth, Design for Living and Jane Eyre, and first two musicals, The Full Monty at GrandWest Casino and Shadows in Red Light where she originated the lead role. So far in 2018 she's been cast as Iago in the all female cast of Othello : A Woman's Story and starred in the LGBTQ show Because it's okay. Regina also does voice-over work, film, writes plays and composes music, so keep an eye on this one.

Luvo Tamba, is a South African actor. singer and dancer. His training includes one year at Arts and Media Access center(amac) as well as 2 years with Magnet Theatre. Some of his performance highlights include Drogon (2008) performed at the Baxter dance festival, Ingcwaba Lendonda(a mans grave) directed by Mandla Mbothwe as well as Inxeba Lomphilisi directed by Mandla Mbothwe and Faniswa Yisa, which featured at Grahamstown Arts festival in 2010. In 2011 he worked on a performance piece called Strand, with Athena Valla which featured at the Infecting the City Festival. In 2014 he played the lead in the production The Died Singing directed by Thando Mthi, which toured to East London, Artscape and Gugulethu. From London to Germany, Austria, Italy and Australia, Luvo has been a part of various international touring companies, some of which include the Magic Flute, Esope Fables, Venus and Adonis and the Rugget directed by Mark Donfolt Meyi.

Dean de Klerk is a Cape Townian singer, dancer and actor with a diploma in musical theatre, drama and advanced modern and tap dancing. Dean is completing his musical theatre teaching qualification through Trinity. He plays classical guitar and has experience in acapella groups all supported by his foundation in music theory from Trinity. One might have seen Dean performing in “Rent” as Mark Cohan (2017), Frederic in “Pirates of Penzance” and as Curtis Jackson in “Sister Act the Musical" 2017 all performed at Artscape. Dean aspires to have a diverse and vibrant career in performing arts and theatre.

Sibusiso William Mxosana, 22 year old born in Queenstown, a small town in the Eastern Cape. He began his arts training at the Lady Grey Arts Academy during which time he completed external examinations through the Royal Academy of Dance and Trinity College London. Upon completing Grade 12, he enrolled for a BMus(Dance) at the University of Cape Town, in his third year he left to pursue a professional career. Theatre credits include : La Traviata, Cape Town Opera (2015). Carmen, Cape Town Opera (2016). A Spartacus of Africa, SANDT National Tour (2016). West Side Story, Fugard Theatre (2017). Funny Girl, Fugard Theatre (2017). King Kong Season 1-3, Fugard Theatre (2017). He is delighted to be taking on the role of Charlie in Public City.

Really good singers and great show. Wish I could see it again. Hope they bring it back.

I found the girls' costumes a bit distracting - too tight-fitting.

Just to make sure you give audience enough time to set themselves up to participate in the online poll as part of the show. It was a bit too rushed in the beginning so most of my friends didnt participate.

I totally loved the venue. I found the show rather refreshing with regards to no added music to the show. Songs sang in accapella really was effective. Song choices were also a draw card and how it fitted the story. If I had to say one thing that I could possibly want change with the show is to add another court case. I know what it takes to get a piece of theatre all together but it would have been fun. I enjoyed so much that I wanted more.

Innovative theatre, thought provoking and entertaining from a cast of talented young actors

WOW!!!! Amazing. Seriously amazing considering the budget. The actors were really incredible and the story was exceptionally thought provoking. I think there ere a few gems dropped which the audience might not have picked up. The use of lighting, the subtle changes in costumes, the vocal range and ability of the actors, music selection, in conjunction with the wittiness of the actors and the story-line (pointing out modern societies "barbaric thirst for vengeance and "blood" - think Gladiators and Hunger games) made for a gripping, edge of you seat show. Well done to the cast and director!!! We are so proud of you Christie!!!

Extremely entertaining and creative. Really good acting, singing and dancing. I was so impressed and left with just wow and a huge smile. Thank you for the show!!

Really good singers and great show. Wish I could see it again. Hope they bring it back.

A stunning show! Cleverly put together and such great singers. Would love to see it again!

There are a few things that need to be smoothed out but it was a fun and enjoyable show. More cell phone interaction between scenes would have been good - and letting audience log in before the show began would have avoided trying to do so at the start of the show. Good clear instructions on the stage screen would have resulted in more cell audience participation. The actors were very talented and the show was well choreographed. Clever rewriting of ABBA songs :)

It was a fantastic show!

The was show was nice. My favourite part was the acapella singing.

Such a cool, fresh and new way to see theatre. We really enjoyed it and the actors were very talented. Enjoyed it so much couldn't believe when it was over