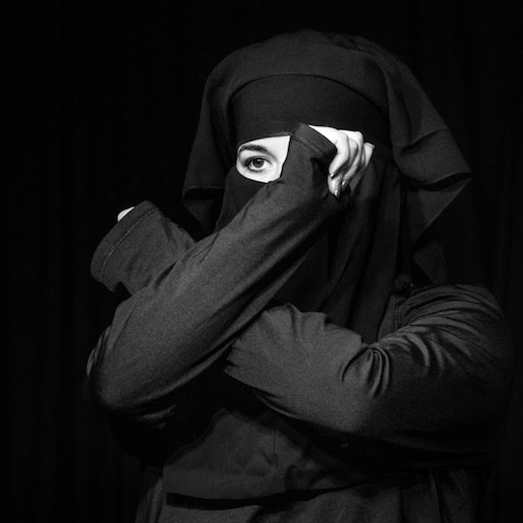 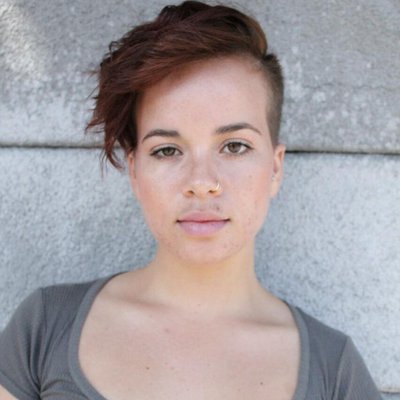 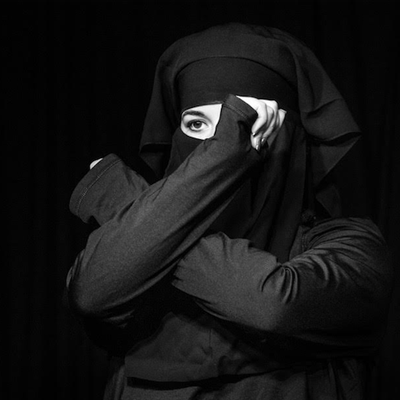 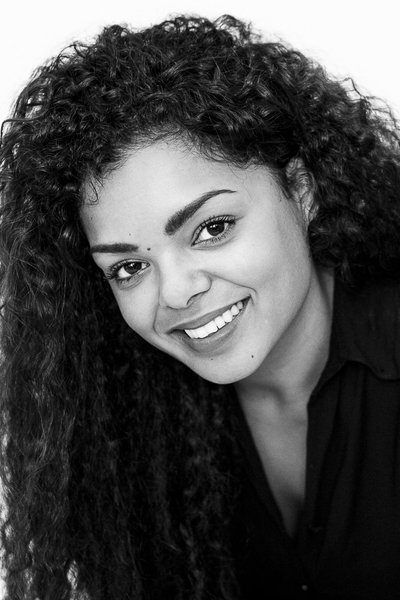 Niqabi Ninja is an avenging Superhero, born on the streets of Cairo, who is ready to seek out and avenge every single act of harassment she has experienced at the hands of men. She has a list, a record of injuries and a variety of punishments to mete out. Watch out men of Cairo. Niqabi Ninja has a score to settle, and she is coming after you.
Set in Cairo during the chaotic time of the Egyptian uprising, Niqabi Ninja is an extraordinarily beautiful play giving two actresses a chance to explore the range and complexity of harassment against women, and one woman’s ability to develop a response. Written by emerging young playwright Sara Shaarawi, and directed by Megan Furniss, Niqabi Ninja is performed by Cape Town’s rising talents Bianca Flanders and Loren Loubser.The play premiers at The Alexander Bar on 18, 19, 20 July, for a showcase of three
performances.
Megan Furniss is a South African born playwright, actor, writer, director and improviser. She has spent all of her life involved in theatre and make-believe. Clouds Like Waves is her latest play. So far, it is the one she likes best.
Megan graduated from the University of Cape Town in 1986 and worked as an actress before starting her own improvisation troupe in Cape Town. She has written and co-written numerous plays and musicals, performed and directed theatre and she improvises and teaches improv. She has self published a novel, and writes short stories for competitions.
The Tent, written in 2009, was published in an anthology of South African and Argentinian plays by Projecto 34? South, and was chosen as one of six African plays to be workshopped and showcased at the National Theatre Studio in London in 2011. Drive with Me, a one-woman show written and performed by Megan Furniss, won a Standard Bank Ovation Award at the prestigious Grahamstown National Arts festival in 2013. Megan has also won a Fleur du Cap award for Innovation in Theatre.
Bianca is an actress, voice artist and teacher based in the Western Cape. She graduated from UCT in 2011 with her degree in Theatre and Performance and then obtained her Post-graduate Certificate of Education in 2012, also from UCT. Her most recent productions include David Kramer's 'Blood Brothers', David Kramer's 'Orpheus in Africa', Jaco Bouwer's 'In Ongenade' and Mari Borstlap's 'Kristalvlakte' as well as Nadia Tass's film, 'American Girl'.
Loren Loubser is a 25 year old theatre and film actress and TV presenter. Her first professional production upon graduating from UCT (Theatre & Performance) in 2012; was An Absolute Turkey at The Theatre on the Bay (Armandine; a lady of the night). In 2013 she was a part of an all-female chorus cast for (B)itching Hour directed by Jacqui Singer and Gabrielle Pinto. Loren went on to play two contrasting characters in the play The Treatment directed by Thenjiwe Stemela. In 2013 to 2014 she collaborated with Ella Gabriel to produce two short films Two Actresses & Three Actresses. Her most recent work sees her as a lead in the short film Lifting Nick directed by award winning director and producer Ian Gabriel of Giant Films. Since 2014 Loren has worked extensively as a facilitator with a specific focus on youth and women empowerment using Theatre in Education to drive change. Loren hopes to use her annoyingly brilliant, husky voice for her talents beyond social media rants.

Brilliant script, brilliant performance! Such relevance....should be part of of HR in every organisation!

A spectacular show. Brilliant acting, inspired direction and a great script. I wish it was on for longer so I could recommend to friends. Honestly one of the best pieces of theatre I've seen in a long time.

Powerful yet poetic. Beautifully orchestrated symphony of words that packs a punch. Bravo to actors and director! Philip @mapmyway

Outstanding !! Superb performers gripping show - should travel to every university and as many high schools as possible !!

I was blown away by this performance!

Brilliantly performed and directed, a real treat. Thank you!

I give the show 5 star's, it was well directed and well performed. I think that the subject matter of the story has been treated with so much respect and care. It is a show to be seen by many more people, by students and by schools as well. So well done to everyone involved in the show.

While well performed and written (though dissatisfyingly simplistic) the piece is a statement piece which doesn't take us much beyond what happens to women and offers a trite kind of non-solution. It lacks any penetrating analysis or engagement value.

It was stunning and hardcore and emotional and just absolutely brilliant from start to finish. The actresses were amazing and the direction first class. Being able to do so much simply with lights, the Niqab and two chairs was phenomenal. Standing ovation.

Beautiful piece of theatre well written and we'll created and the performers are fantastic. I really enjoyed the show

Lauren Loubser and Bianca Flanders' performance in this piece is extremely riveting and so compelling. Throughout the entire performance I was engaged and tuned in - it made me uncomfortable, angry and furious - the story, being told through cloth description and factual events, in front of me has happened, is happening and continues to happen. Real life... Lauren's brilliant timing combined with Bianca's powerful voice control, made for an amazing piece of theater. Both Loubser and Flanders are powerhouse performers. This piece is so relevant and extremely necessary for the world to see!!! Congratulations. An OUTSTANDING piece directed by Megan Furniss and performed with absolute POWER by Lauren Loubser and Bianca Flanders.

Left feeling uneasy ( in a good way ) provoked discussion and a lot of thought .

Thought-provoking and intense. A powerful experience seeing so many of your own hidden thoughts and experiences being brought to life in such a way.

It takes real guts to walk in the streets of Cairo (and London, Paris, or Cape Town, for that matter) - if you are not a male, that is. Just came back from the premier of Niqabi Ninja, a gutsy, sincere piece about sexual harassment. It’s brave, powerful, and every shocking word of it is true. Written by Sara Shaarawi, beautifully directed by Megan Furniss with Bianca Flanders and Loren Loubser, both bursting with talent. I’ll make sure my daughter has an opportunity to see it, and her aunts and cousins, school friends and BFFs. ‪#‎NiqabiNinja‬ is up at the Alexander Upstairs 19 and 20 July, as well as 1, 2 and 3 August. Yallah, go see it!