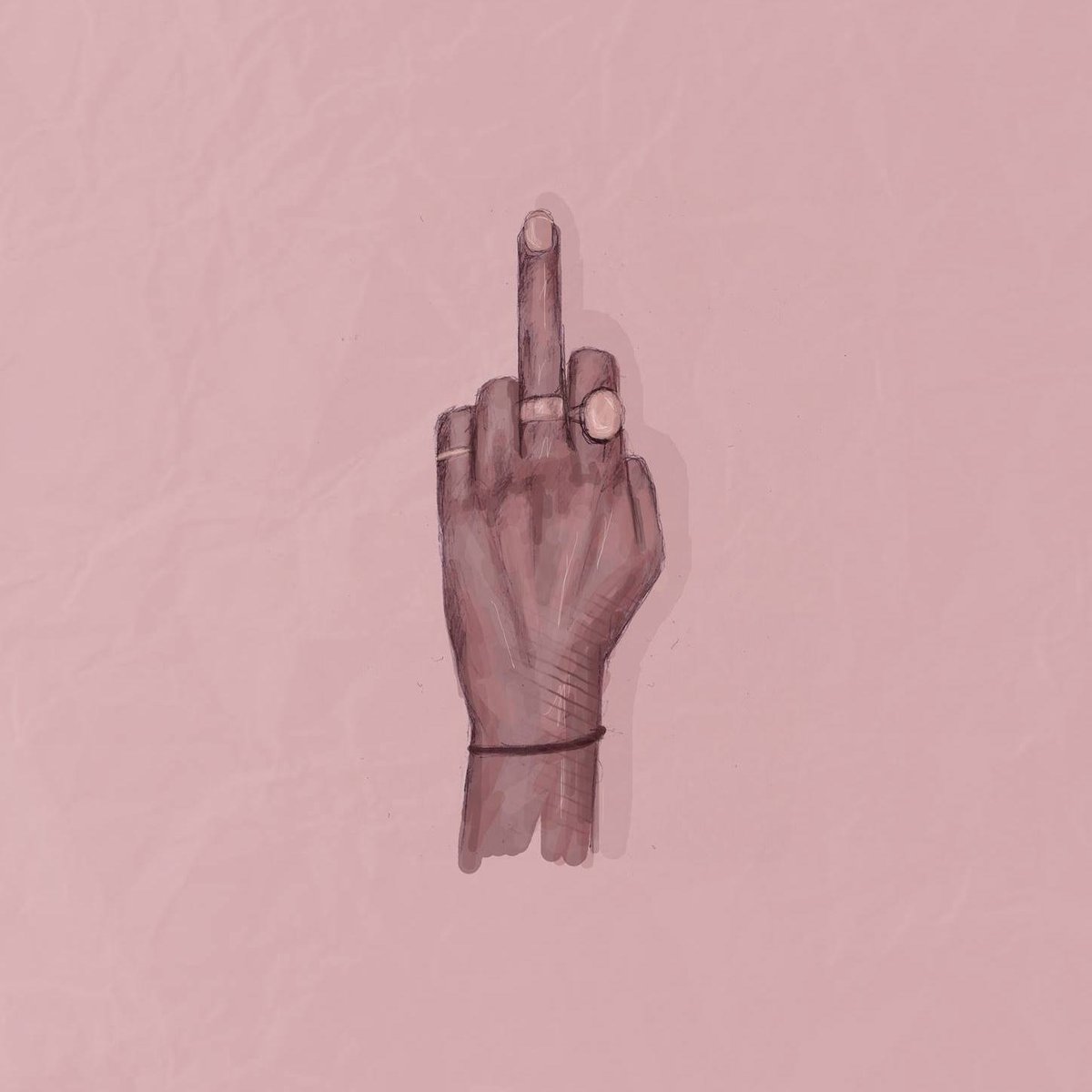 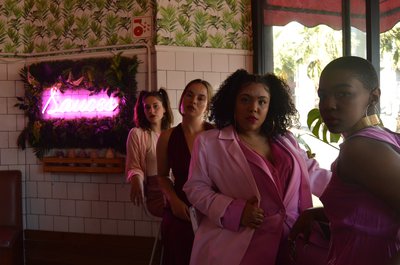 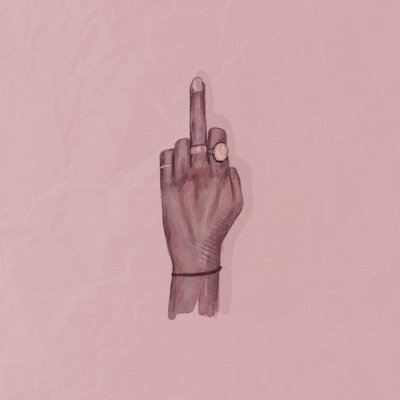 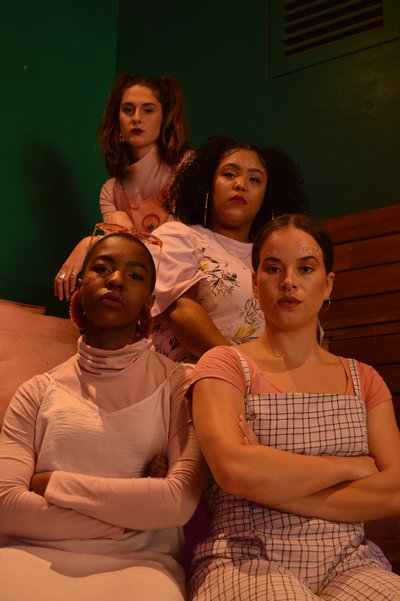 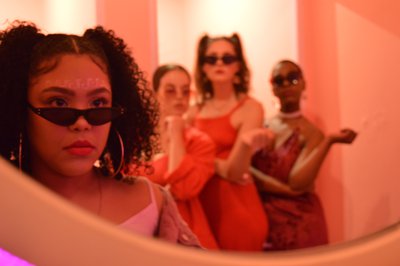 If you really love Greek mythology, the old Divas of WWE or trashing other womxn then this is probably not the play for you. But if you love the Kardashians, candid CNN interviews, gold (everywhere), spelling womxn with an “x” and smashing the patriarchy one rape-culture-drenched mythological origin story at a time then this might just be your cup of tea. Drawing from the Greek mythologies of Persephone, Medusa and other not so well-known characters, Nasty Womxn is a collection of sketches about contemporary womxn just trying to get from day to day.

Dara Beth is first and foremost an angry, Jewish feminist. Secondly, she is one half of the cabaret duo “Plumsong”, which she has been performing as since 2011 with mom and fellow performer, Sharyn Seidel. Dara completed UCT’s Theatre and Performance programme last January (for which she received the class medal for theatre-making, the Ruth Peffer’s Prize and distinctions in Drama). Since graduating, Dara has written and performed in 'Just a Song and a Dance' with co-performer Sharyn at the Alexander Bar and National Arts Festival in Grahamstown. Dara has also worked as a stage manager on Wessel Pretorius’s 'Klara Maas Se Hart Is Gebreek' (2017) and 'Die Ontelbare 48' (2017), Ameera Conrad’s 'Reparation' (2017) and Jon Keevy’s 'The Underground Library' for ASSITEJ’s Cradle of Creativity (2017). During her studies, Dara also directed her class’s production of 'Figs' (2016) for the National Arts Festival’s Student Festival at which she was nominated for Best Student Director. Dara also makes up one third of The Furies, a womxn-centric artistic co-op with whose help she will be staging her first second original production of 2017, 'Nasty Womxn'.

Since graduating with a BA in Theatre and Performance from the University of Cape Town in 2012, Loren Loubser has worked extensively as an actor and filmmaker across the country. From ‘Niqabi Ninja’ by Megan Furniss (with many reoccurring performances due to public demand), ‘An Absolute Turkey’ by Chris Weare, ‘High Fantasy’ (feature film) by Jenna Bass, ‘Lifting Nic’ (short film) by Ian Gabriel to mention her favourites. She went on to use this training and experience in her social justice work with communities like her own. In 2014, she became one of the Co-Directors and Co-founders by starting FEMMEPROJECTS, a queer-owned, youth-led NPC created for the development of a Comprehensive Sexual Education (CSE) and Sexual & Reproductive Health & Rights (SRHR) curriculum for young womxn enrolled at under-resourced schools based in rural and urban communities across the Western Cape in South Africa.

Robyn Paterson graduated with a BA in English, Psychology and Drama in 2017 and is currently doing her honours with a specialization in Applied Theatre at the Centre for Theatre, Dance and Performance Studies at the University of Cape Town. Robyn has a particular interest in drama and theatre techniques that facilitate healing through the body. She is passionate about creating and contributing towards spaces that encourage open and safe discussion surrounding womxn’s experiences, both emotional and physical. The Furies’ ‘Nasty Womxn’ is Robyn’s professional theatre debut. Going forward, she hopes to continue to be part of performance work that engages with womxn’s experiences today. She aims to always create safe performance spaces where womxn feel comfortable enough to relate to and engage with the performance.

Mamello Makhetha is currently in her 4th year of her Acting: Nguni Bilingual degree at UCT. In 2015, while studying at AFDA, Mamello played the role of Reba in a 3rd-year AFDA (Johannesburg) Graduation television production called 'Nothing Personal'. She also produced a 1st-year film at AFDA, directed by Matthew Coxon, called 'Verdict'. Makhetha went on to direct an AFDA 1st-year short film called 'The Choice'. In 2016, during her first year at UCT, Makhetha played an ensemble actor in Shoko Yoshimura Coco’s 'Far Away'. In 2018, she played the role of Mandisa from John Kani's 'Nothing But the Truth' for her P3 Acting Project, 'Missing Pages'. In the same year, Makhetha performed in a two-hander, 'Raising Sunflowers' with Katlego Dikeledi, by Tshegofatso Mabutla. The play was staged at Baxter’s Masambe Theatre. Between 2017 and 2018, Makhetha performed and co-wrote Linda Makgabutlane’s production, 'Shacks and Yoga Mats', with Kylie Fisher. Makhetha recently performed the character of The Spotted Boy in 'Venus', directed by Warona Seane. She has been directed by Mandla Mbothwe in numerous productions over her university career. She played the Visionary Womxn in 'Nguvu Ya Mbegu' for the P2 Bilingual Project in 2017. In 2018, she performed in Mbothwe's production, 'In His Quest'. This year, she played Sarah in Mbothwe's P4 Bilingual Acting production, 'Nguvu Ya Mbegu: Entabelanga' . She’s been a part of various 3rd-year UCT Film and Media short films. In 2017, she played the role of Ella in Zoe Jancou’s film, 'Numb'. She played the role of Dimpho in Simamkele Mchako’s film 'Chemotherapy'. Makhetha is represented by APM, where she is currently involved with Voice Artist Work. Over the past year, she has been doing voice artist work for both Shoprite and SARS. She recently performed in 'Nguvu Ya Mbegu Entabelanga', which won a Standard Bank Ovation Award at this year's National Arts Festival in Makhanda.

Jaimie Davids is a 23-year old acting graduate from Cape Town. Davids began her studies at City Varsity in 2015 and graduated with a BA Acting for Camera in 2017. Davids has performed in the student productions ‘ImPulse’ (2016), ‘Crown’ (2017) co-written and directed by Davids, and solo show ‘Strechmark’ (2017) written and directed by Davids. In 2018, she played Monnie in the winning play ‘Foolzeball’ at the PANSA festival of new writing.

"You will laugh, but the play is undeniably a tragedy. The characters are inspired by well known public figures, the goddesses, and everyday womxn. Think Medusa and Persephone meeting with The Kardashians and “Small Town Anne”; in a universe made of gold, glitter, and unapologetic inter-sectional feminism."

"Masali Baduza, Kathleen Stephens, and Maria Vos balance each other well in presence, attitude, and performance style – each bringing a unique perspective to this piece. I cannot imagine anyone else portraying their multitude of roles with the natural onstage intuition and chemistry they have. Their characters address a range of issues, from identity and stereotypes to body autonomy, with a strong feminist spirit."

It was so well done. Hilarious, but also very informative on matters like the gender spectrum. I would love to see Masali Baduza in more shows!

Really good sho. Great acting, great directing. The only reason I am giving four not five is the linking of the scenes. To me the movement and flickering lights was so distracting, I couldn't focus on the mythology. I barely heard anything and despite being interested in Greek mythology, I don't really know much about it. So I felt a bit lost.

Delightful! My daughter & I enjoyed it.

I thought it was brilliant. And honest and endearingly funny. Great performances all round.

Those ladies were fantastic. Great show.

Absolutely hilarious! So much enthusiasm from the cast. Professional. Witty and smart

Excellent, very clever. Brilliant actors. First time at the Bar, and I will be back!!!

The show was awesome! Only crit was that it was too short. Would have loved to hear the performers act out more scenes with their established characters. I also felt that I learned something regarding the language we use regarding gender norms and their relative meanings and having to question that. So being informative whilst entertaining is great.

Delighted that you offer new young playwrights the opportunity to perform their work. The audience seemed to thoroughly enjoy tonight’s show. Nasty Womxn - uniquely interesting script weaving ancient and current contemporary culture and politics and the acting .was excellent.

Really entertaining and sparked great conversations after the show with the friends I brought :)

Enjoyed every minute of it!!!

These girls have a lot of potential and onstage chemistry. An interesting experiment in feminism The characters were not always believable enough. I think creating more audience empathy could help character likeability. Sometimes the skits were correlating very little to the Greek mythology tale tied to it.

I thoroughly enjoyed everything about this performance and all the venue had to offer!

Delightful! My daughter & I enjoyed it.

I am frequent visitor to Alexander bar. This one was one of the best I have seen so far. Great performance and fantastic script