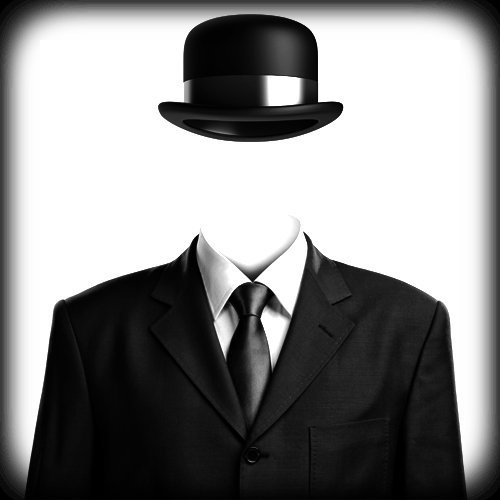 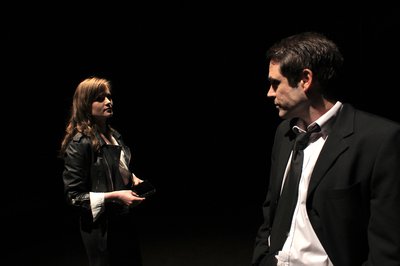 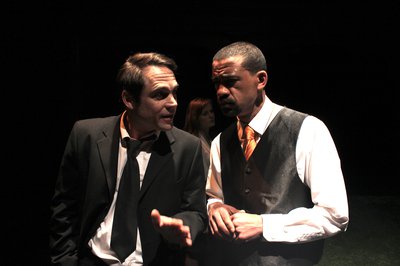 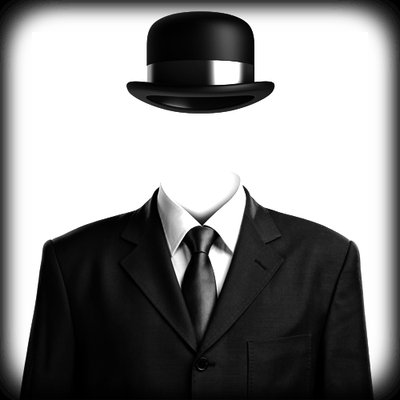 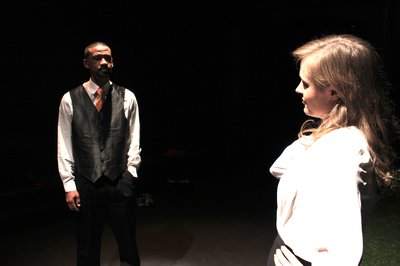 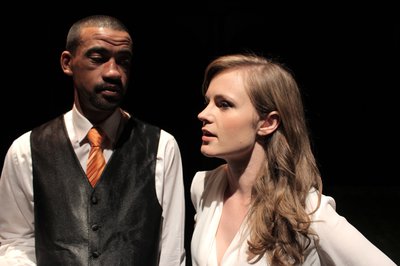 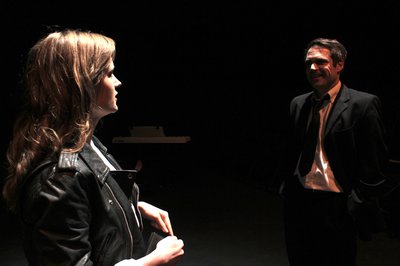 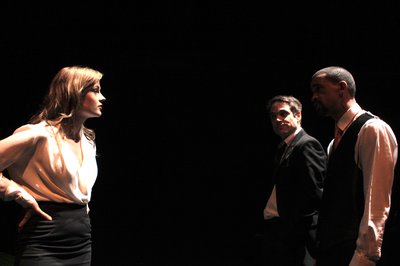 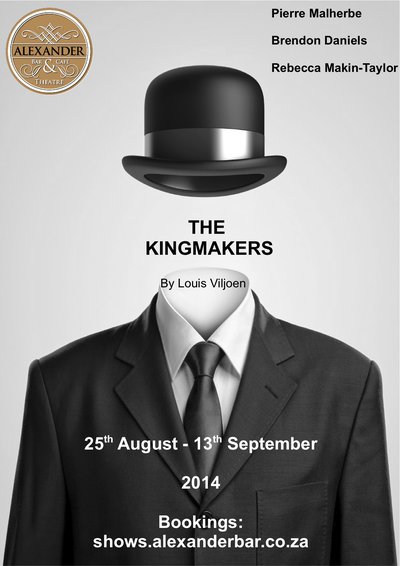 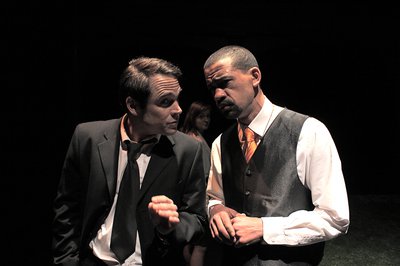 The Kingmakers follows a group of opposition-party strategists as they attempt to place a neutral party member in contention for leadership. After an internal power struggle leaves them out in the cold and on the fringes of the party, they come up with a plan to shape a seemingly ambition-less, but well-respected politician into a leader. With the help of a rising corporation seeking political clout and possible government contracts, the stage is set for a merciless power grab and perhaps a chance at revenge. This dark political comedy is written and directed by Louis Viljoen, the award winning writer of the critically acclaimed plays Champ and The Frontiersmen. It is set in the familiar world of skullduggery, backstabbing, one-upmanship, disloyalty, blackmail and profiteering, otherwise known as South African politics. Our three heroes spend their days making sure the system works for no one except the lucky few or the ones who can afford to do as they please. But after years of working in the dark and the cold, financially speaking, they conspire to get something for themselves, whether it be gold or power. Never mind the body count.

City Guide to Cape Town from the Bush Theatre

Review of The Kingmakers by Ana-Bet Bester

Review of The Kingmakers by David Fick

Review of The Kingmakers by Beverley Brommert

Review of The Kingmakers by Steyn Du Toit

Review of The Kingmakers by Peter Tromp

Listing of The Kingmakers

Interview with Cast of The Kingmakers with Robyn Cohen

Interview with Cast of The Kingmakers with Peter Tromp

Press Release for The Kingmakers

The Kingmakers is an excellent play. Very well written and directed with an excellent cast. Its a feather in the Alexander Bar's cap that they can pull that kind of quality.

Because of my imperfect hearing, such a wordy play places me at a disadvantage. Being politically very conscious of what is happening in this country, I of course understood the many references to recent events. I was enormously impressed with the performance of all three the actors, Of necessity, the interplay between them has to be rapid. 'Asides', causing rippling laughter in the audience, are always lost on me, and those were. No fault of the cast. The play is aimed at a politically- informed audience. But also one with good hearing. My judgement of the play, because of the latter, is impaired. That's not to say that my companion and I did not have a thoroughly enjoyable evening! As always, your hospitality was impeccable.

Fabulous! Really enjoyed the evening. A really intimate theatre experience which was elevated by really engaging performances and a thought provoking script. One suggestion from my side. To include a brief Q&A with the cast afterwards. I don't think it should be too long (3 questions) but I was desperate to learn about their own interpretations of the roles they played.

It is always interesting to see Louis' growth as a playwright. Extremely talented.

It was excellent! The three actors were truly amazing.

Great venue, excellent show. If anything the food out the kitchen was a bit slow, but worth the wait in the end. Staff were excellent too. Thanks

Great performances and an interesting plot but the indulgent and exaggerated sexual references with swearing made me cringe a lot and ultimately affected my enjoyment of the play. Not being prudish, but it made the play seem juvenile. Our first time at the venue and it was great; we would come again, but probably not to a play by this playwright.

Not all three actors were up to dealing with what is essentially TV-script-like dialogue, but the backroom of politics always makes for fun watching. Not much comedy stuck, despite or because of the banalities of the swearing. (At least one nuthead laughed loudly at every m*f*ker, but subtle wit is more effective to make good theatre, even comedy.) I suspect there is more possible here that we saw. Not sure the mine tragedy, given the SA realities, did what it was supposed to do.

Loved Louis Viljoen's insight into the dark and dreadful world of politics. Our friend who joined us, would love to get a copy of the script as he would love to re-visit the play and its very clever script writing.Let me know if this is possible? Congratulations.

This was an acutely appropriate play considering our current political epoch. The acting was powerful and that all events were seen to transpire from the actions of one room- behind one closed door - made a chilling reality glaringly apparent... which is that this is the way the majority of the most important decisions are made in South Africa's "constitutional democracy" are not democratic at all. Fast pace and not for the faint hearted. Some lines made me have to stifle my roaring laughter, some made me uncomfortable and some made me want to cry as it sunk in that this "play" is not some abstract tale, but more close to the truth of what happened two years ago at Marikana than the Farlam Commission is going to divulge.

Great show. I was hung on every word.

Ms Makin-Taylor was absolutely brilliant and the show, the cast, script - all of it highly entertaining and recommended! Lovely venue and professional service too. Thank you

Fabulous! Really enjoyed the evening. A really intimate theatre experience which was elevated by really engaging performances and a thought provoking script. One suggestion from my side. To include a brief Q&A with the cast afterwards. I don't think it should be too long (3 questions) but I was desperate to learn about their own interpretations of the roles they played.

impressive performance by all three actors and exciting script, thank you for a great night out.

Loved it. In the style of David Mamet one of my favourite play writes with the rat tat tat dialogue. Normally I am not keen on foul language and detest comedians who rely on it for laughs, but here it was in context and very amusing. Could be staged anywhere in the world. Ideal for the Finborough Theatre in London, where I live, a similar small theatre where it would run and run. Also enjoyed Modern African, your previous play. Cape Town is lucky to have the Alexander Bar. Best wishes, Dr Julian Feinstein

It was excellent, a very clever piece of work, brilliantly written and directed with skill, the action building up and never flagging for a moment. Well worth seeing; I would recommend it without hesitation.

After the glowing reviews, I was disappointed. I could not suspend my unbelief: I found the plot improbable. I doubt if seasoned politicians would behave in such a black and white way: I would have expected more nuances. Also, at the risk of being considered a prude, I could have done with less obscenity ( I survived five years in the South African army in World War II and even there we were less extravagant with our swearing.) Regarding the acting, the main actor (the shorter guy) was excellent but at times the other two were a little shrill. . Despite my criticisms, an evening at Alexander bar is always a great pleasure for me and I know that I am very much in the minority about this show

It was a great show! I really appreciate thre reminder about the show and this request for feedback. I love the different kind of theatre that is staged at you "bar". YOU WILL SEE ME AGAIN!

Spectacular writing, and very engaging performances. It felt like a great honour to witness this show on its first night. It felt big, important, relevant, brave. It said so much - with extreme intelligence - that most are afraid to say. I realise this was a first performance, but if I had a chance to make two critical comments, the one would be that I'd in fact be quite keen to see a longer version of this. I know the hour allowed the characters to say everything that was needed to be said, but I think the narrative world could be built out, expanded, possibly allowed the characters to reveal other aspects of themselves - they are tightly wound up within their individual types at present. My second critical comment concerns the fearsome language. I loved it, and I'm a massive fan of Mamet, too. I just wondered if perhaps some of the very clever, sometimes very daring defamations didn't need some breathing room. I don't know...but perhaps the average audience member ceases to absorb so much profanity, no matter how clever and funny, after a while. Such a tight play. So good.

Incredible show. The actors were superb, and the writing outstanding. Timely, poignant and hilarious.

Great show. Good script. A little OTT on the swearing. Some good metaphors but also a few too many. Great cast. Hot little Blond.