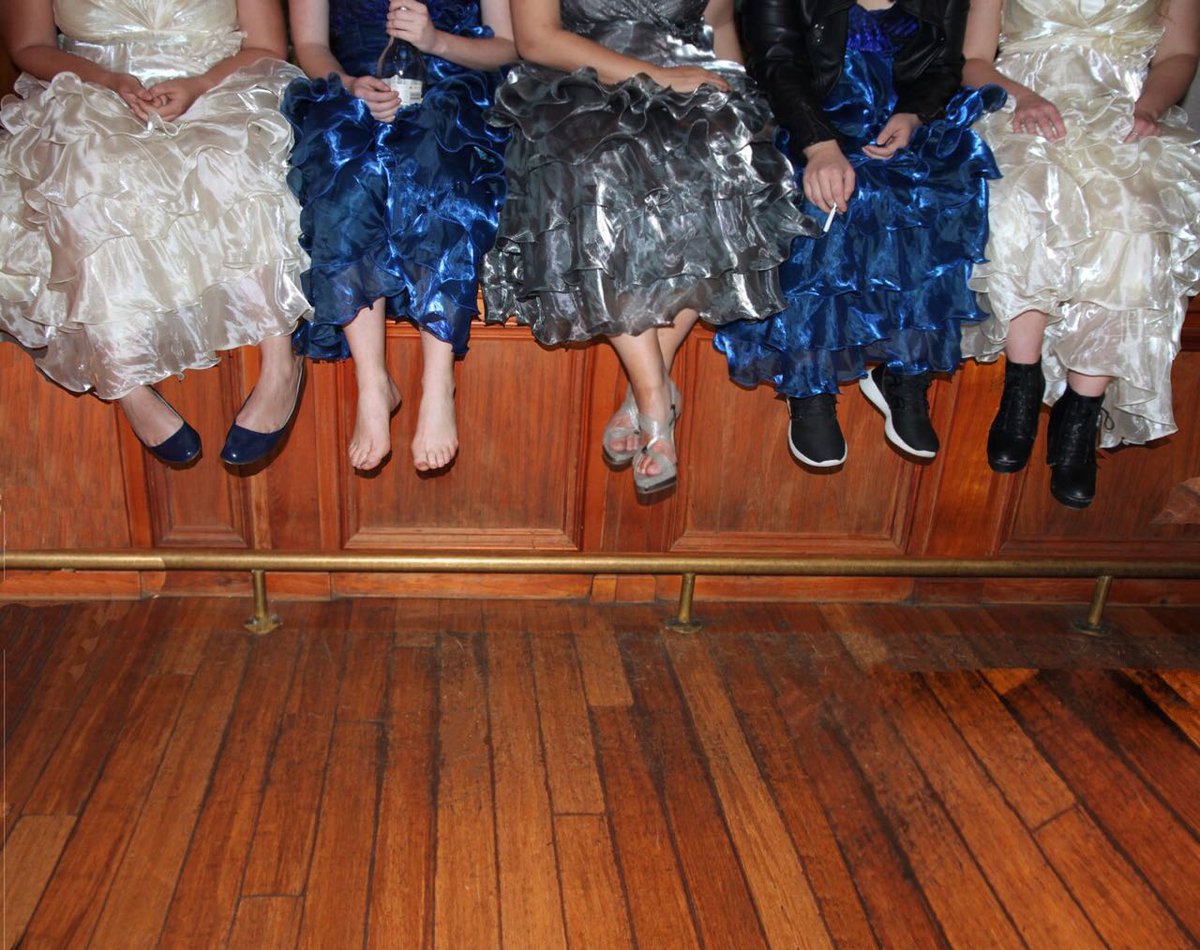 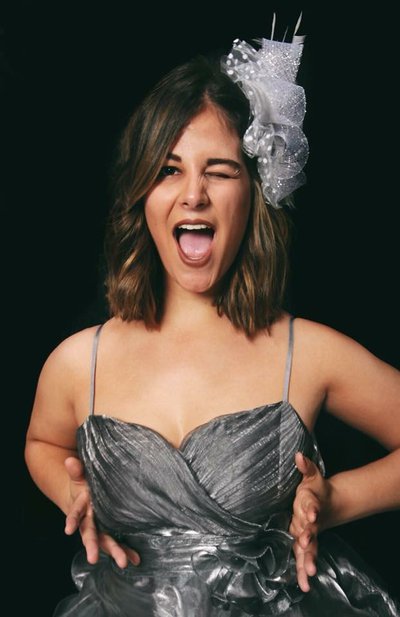 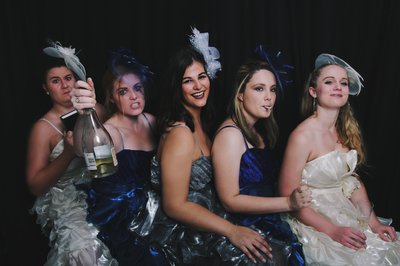 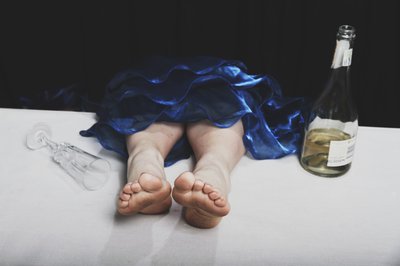 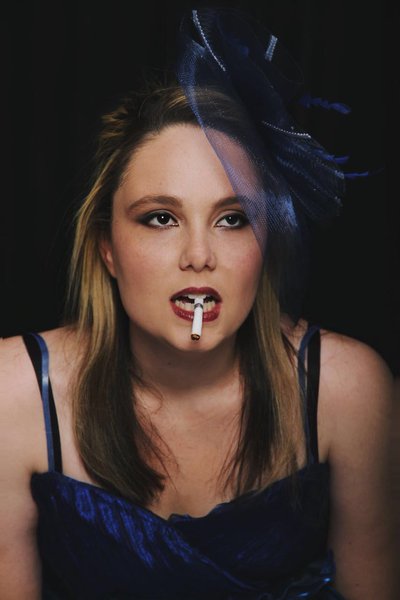 Five very different bridesmaids find themselves hiding together in an upstairs bedroom, hoping to escape the wedding reception of a bride that, they soon realize, none of them actually like! There's Meredith, the rebellious little sister of the bride; Frances, the very religious cousin; Mindy, the groom's blunt and clumsy sister; Georgeanne, an old  friend with problems of her own; and Trisha, a jaded beauty with doubts about men. In this crowded room above the wedding, these five identically dressed women talk, argue, cry and laugh together.

After a successful run at the Galloway Theatre, 'Five Women Wearing the Same Dress' is back to thrill audiences. This hilarious show will have you laughing and crying!

Alan Ball’s 'Five Women Wearing the Same Dress' was written and set in the early 1990s and is a wonderfully witty and sensitive look at the issues and struggles of young women. Best known for his highly acclaimed HBO series, “Six Feet Under,” and his award-winning 1999 film, “American Beauty,” Ball has an ability to combine dark and light humor, quirkiness, and serious themes. There is a lot of drinking and gossip and fooling around, but at the heart of the play are serious issues, and the ability of the women to come together.

Excellent performances, but we thought it could have been set anywhere and didn't need the American accents. What a shame there were only 10 people in the audience - we felt for the cast, and hope we laughed often and loudly enough! I think it could have been run through without the interval (which we weren't expecting). I hope you get better audiences for the rest of the week, as it was really enjoyable.

Briliantly directed, funny, great acting, will definately refer it to my friends. Each character played their role briliantly and I almost felt I was in the room with them. Very very good show!

Most excellent show with fine character acting.... Had a chat to some of the cast afterwards and they are all so vibrant and enthusiastic................the future of SA theatre is in good hands!!

Pleasant, and the chemistry between the actors was great, but the script was a bit all over the place.

Great cast and intimate production. Definitely will be back for future performances.

I thought the accents the actors used felt a little forced. It made the show feel somewhat inauthentic. The first half was a little flimsy, but the actors showed more substance and character during the second part of the production.

Loved it! Was so funny and entertaining, thoroughly enjoyed the entire performance

The show is amazing. And very talented bunch of individuals and the show is very well directed by Emma di Bona. I especially like that tall guy. He’s awesome.

I thought it was absolutely phenomenal, thoroughly enjoyed the performance.

Hysterical, fantastic performers, well directed! Hats off the the cast and director!

Loved it! The intimacy of the theater complimented the show. The performances were fantastic and each character appeared to be just playing themselves.

The show wasn't unenjoyable, but I was disappointed that the producers decided to stick with the deep southern US accent. Had the show been translated into "localese" I really think it could have grabbed the topics it discussed far more firmly - and created far more meaningful humour. Some of the US references were waaaaaaay too far back in history, and also just irrelevant.

The show is amazing. And very talented bunch of individuals and the show is very well directed by Emma di Bona. I especially like that tall guy. He’s awesome.

A truly comical and fantastic performance put on by all, Very entertaining.

A right old hoot! Best night out whilst on holiday in Cape town.

I went with Bernice to see the show and was thouroughly entertained! Each character was portrayed with so much credibility. Great humour and great acting! I felt as though I was a part of the show, the intimate nature of the theatre and the realistic characters made the time fly by. Well done to all involved! Will definately look out for you in the future!

I thought it would be funnier but then the play is over 25 years old so the issues portrayed in the play are now ‘old hat’. Although the play was written by an American, it’s a shame that the director went for the cast to talk in American accents. Some were better at it than others and one tripped over her lines and I found it difficult to understand, and sometimes hear, what she was saying. How much more fun it would have been if it was given a South African flavor with one or two South African female issues! However, the acting, on the whole, was good and it was clear that they had all put a lot of effort and time into the production.

The five ladies were fabulous; 5-stars to them. They interacted perfectly and each maintained their stage persona throughout. They thus held my attention at all times. I think the play is horribly flawed, in that the final 10 mins - where the male character enters - is an anti-climax, and does not create any positive philosophical/psychological effect other than to throw in additional material (best left for another separate play!). The male actor did not appear to be at all comfortable in the role. Bravo all five ladies.