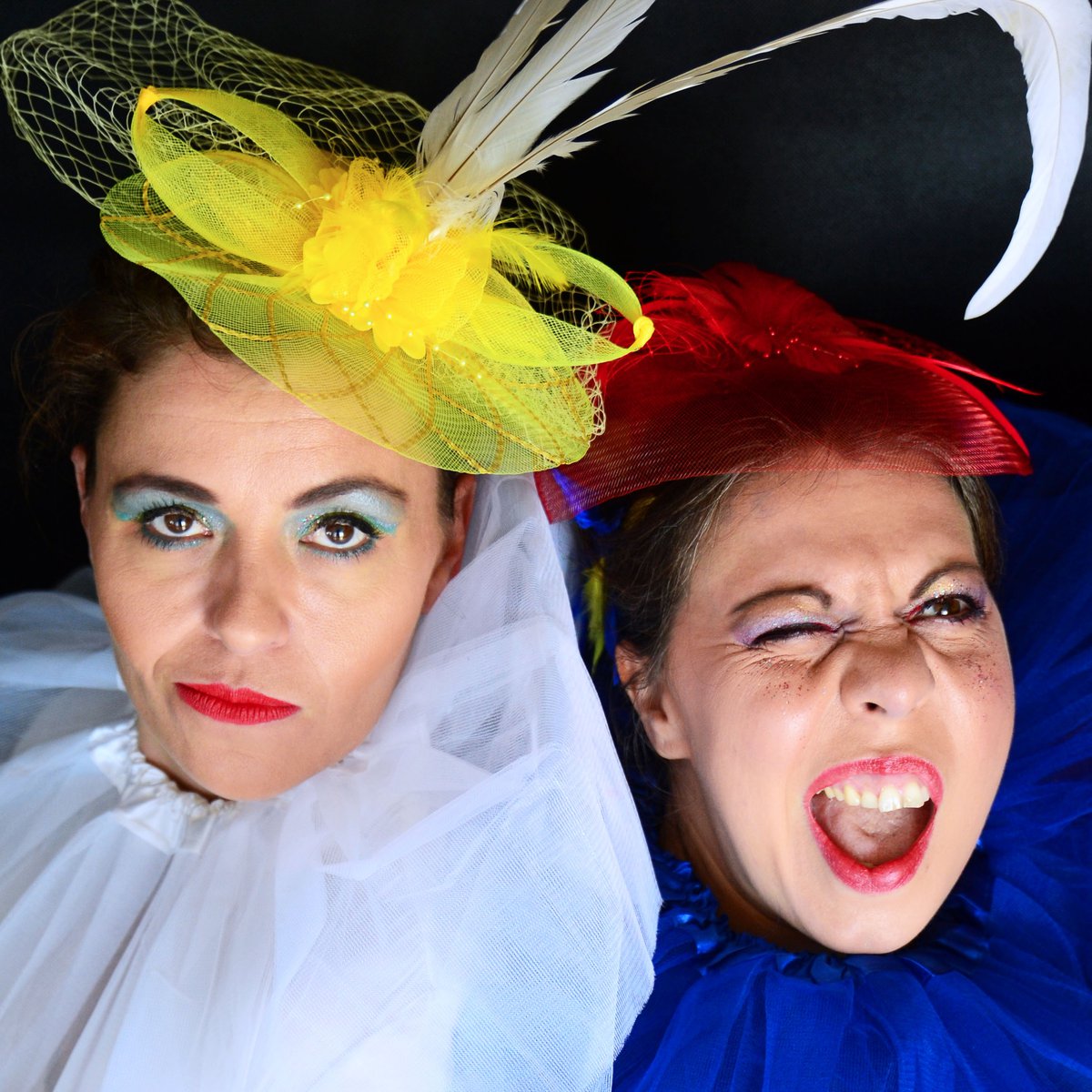 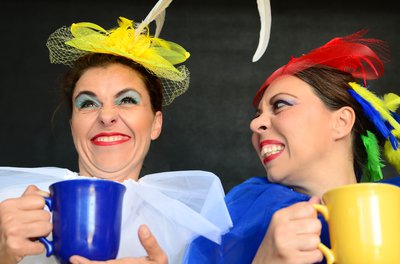 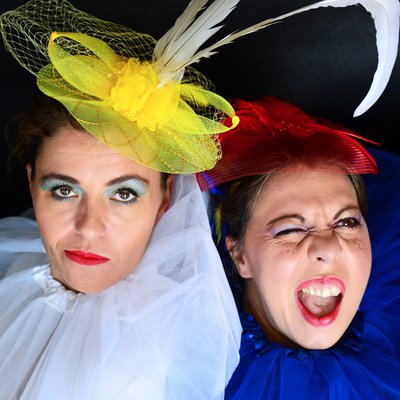 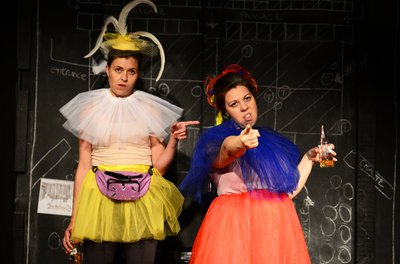 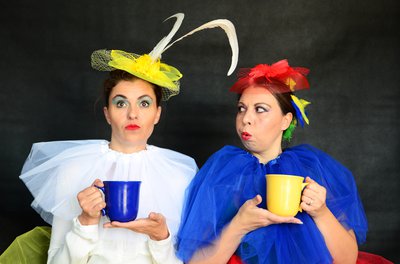 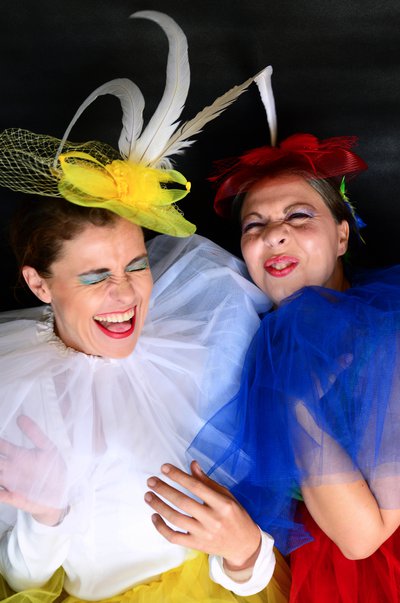 Two small-town sisters, Cobalize and Jacomine, "klap the sokkietreffers" and discuss the finer points of braai etiquette and casual alcoholism as they navigate the harsh realities of flame-grilling, hard chilling and finding a guy whose first name is not also a surname. While navigating their way through life – without getting bogged down by constraints such as rules and common sense– the van der Vlok sisters share their morally questionable shenanigans and opinions with the audience. Oblivious to their own confusion and with an unwavering confidence, these common birds provide a how-not-to guide for anyone wanting to succeed at life.

"Sasolburg Common ‘Birds’ of SA is colourful, crazy, quirky and, as the sisters themselves would say, “k@k funny”! Will leave you gasping for breath between screams of laughter." - THEATRE SCENE CAPE TOWN (Barbara Loots)

"...mad, unexpected, original, edgy and totally, utterly hilarious. This could become a cult thing. It could go viral. Best you get to see it now!" - WEEKEND SPECIAL (Megan Furniss

Bios: Van der Walt, who was born in Sasolburg, has been in shows like BIG GIRL, LONG STREET NIGHTS, THE ROCKY HORROR SHOW (Fleur du Cap - Best Supporting Actress in a Musical winner), MISSING and DANI AND THE LION (Fleur Du Cap nominee). This year, she made her Maynardville debut as Petruchio in THE TAMING OF THE SHREW. RSG listeners will have heard her voicing several animals in the radio drama, RSG SE STORIEDIERETUIN.

Van Litsenborgh grew up in Port Elizabeth and made her Cape Town theatre debut at Maynardville in MUCH ADO ABOUT NOTHING, before going on to perform in musicals such as PRISCILLA QUEEN OF THE DESERT (Fleur Du Cap Nominee, Broadway World Award Winner), ANNIE, LITTLE SHOP OF HORRORS (Broadway World Award winner, Fleur Du Cap and Naledi Nominee) and SWEENEY TODD (Fleur du Cap nominee). For Canned Rice, she adapted the June Carter Cash book FROM THE HEART for the stage. She also wrote, co-produced and starred in UNDERSTUDY BLUES, VACANCY and COURT.

Wright-Firth split his childhood between Harlow, Essex and Gaborone, Botswana before moving to London to study at the Italia Conti Academy of Theatre Arts where he later became a lecturer and director. He is an award-winning radio actor and former member of the BBC Radio Drama Company. In the UK he has appeared in dozens of productions including HAMLET, MACBETH, THEY SHOOT HORSES DON'T THEY and UNDER MILK WOOD. In South Africa he has directed UNDERSTUDY BLUES, SALUTE THE TROOPS, THAT'S WHAT SHE SAID, FROM THE HEART and COURT. He also appeared as Muldoon in 3 seasons of the Starz Network series, BLACK SAILS.

Super funny and lovely to watch! I think an Afrikaans translated version could also do very well!

WAY funnier than I anticipated - my cheeks hurt after the show.

We loved it and we had three non Afrikaans speaking people in our group and they got . Throughly entertaining - a delight

Thought I might die laughing. The show was clever and delightful and the actors were marvellously funny and moving. More!

Great fun and brought back great memories of 30+ years in Sasolburg ????

Sasolburg Common birds is fantastic. It is fabulous. It is fast, fun, funny. Just up my alleyway. Loved it

Absolutely Brilliant! Had such a laugh and fun evening!

Absolutely hilarious! A remarkable piece by two of SA’s finest!

Original inventive funny thoughtful and well done. My English husband was less enthusiastic about it but I think because he does not understand any Afrikaans, the references and I think you relate to it more as a woman. Anyway, can’t please everyone !

Loved the fresh idea, energy and commitment. Well directed and presented. Loved it! Well done to all concerned.

YAAASSS! This show was such fun! It was exactly what I needed after a trying week.

Hilarious we loved it!

SUPER FUNNY. Would love to see it again!

Thoroughly enjoyed it! Well done to all involved.

Loved the show - laughed fro beginning to end. Our whole group enjoyed every minute. Daneel is a wonderful actress. Thanks for a great show!!

Absolutely hilarious! A remarkable piece by two of SA’s finest!

I enjoyed this. It is a crazy show. Chicken sex???!!! I always adore watching Dani on screen. Such a mind fuck. Candice is brilliant I love the way she lets rip all the way J Reminds me a bit of the last show of david and wessels (klara se…). It would be fun to have all four on stage. I don’t think there should be a real knife on stage – someone could get hurt. Safety hazard. Actors are very special and precious. If possible lower Candy’s volume – it’s a blast for baxter or artscape or a mega stage. But I am not sure if this is possible / practical.. Will be back for round two tonight.

Brilliant in every way

The script is inspired! It is funny, very clever and poignant and Daneel van der Walt is luminous, but the balance between the 2 sisters was abit off for me. At times I felt - this action/sentiment is sad, so why is everybody laughing? Maybe it's because I grew up in Pretoria and have my own baggage :-). The funny bits were truly brilliant though.