Anthology: After the End 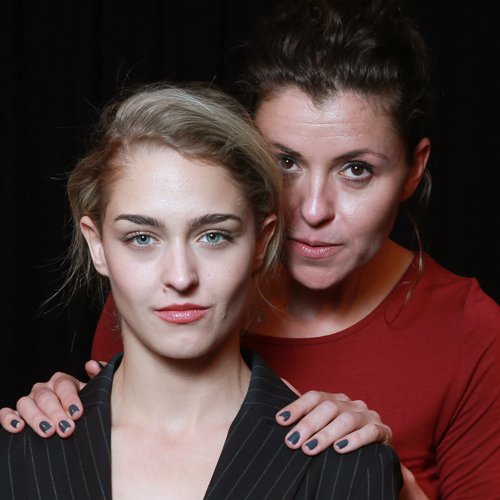 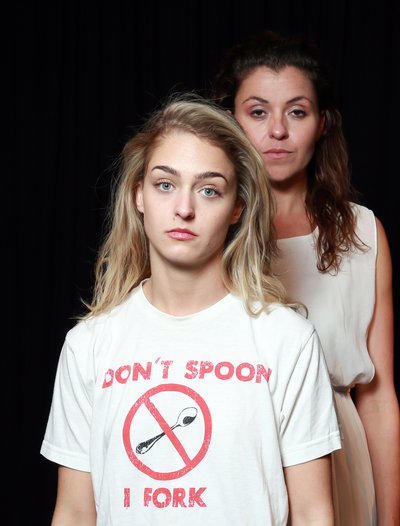 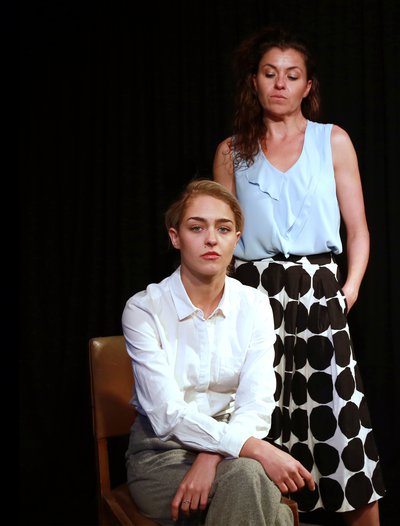 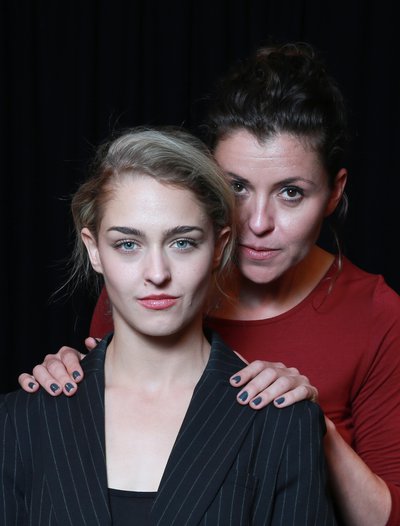 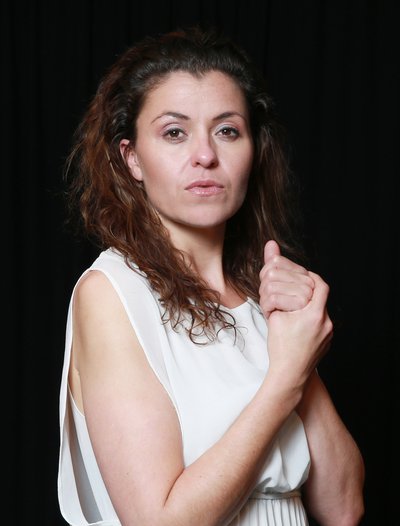 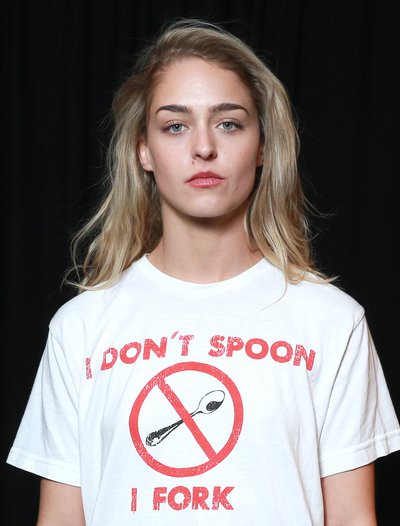 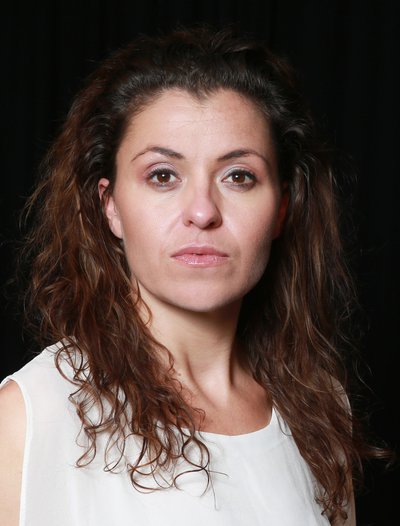 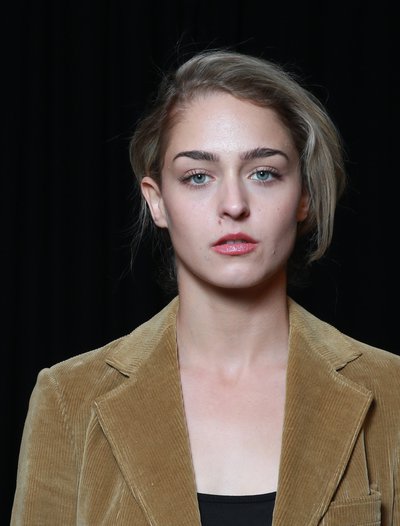 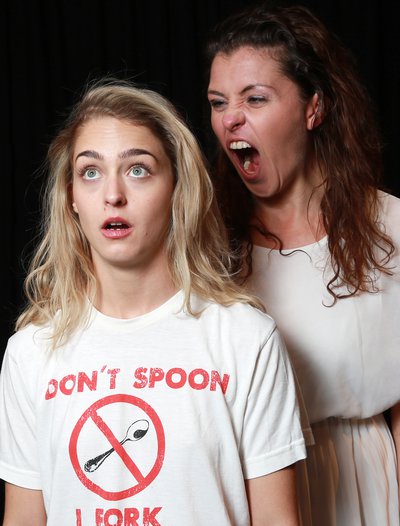 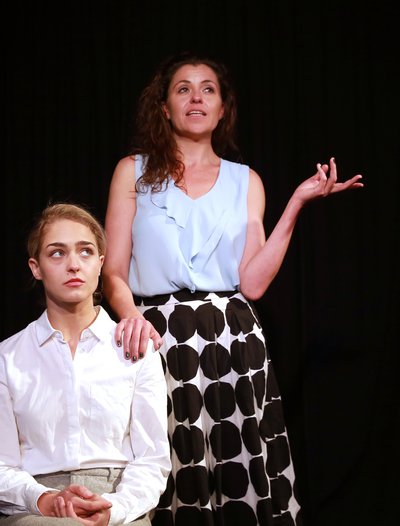 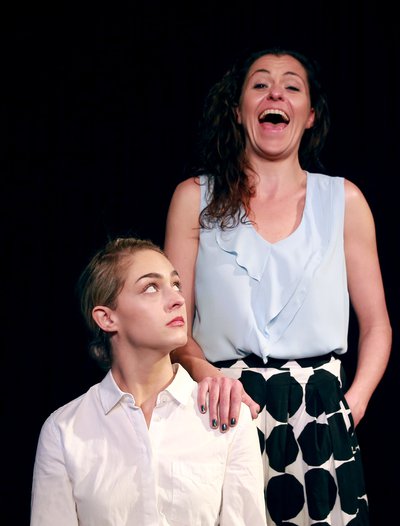 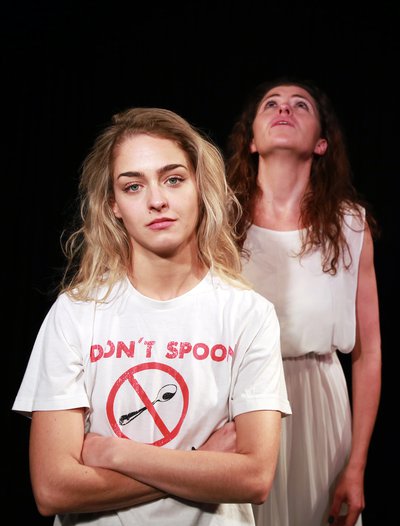 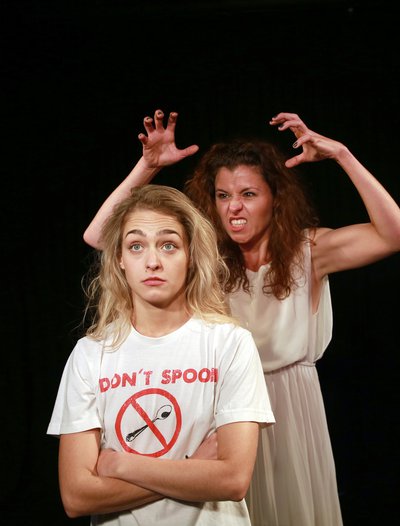 Anthology: After the End

Three writers, two actors, and one director come together to create an anthology of three new short plays on the theme 'After the End'.
Alexander Upstairs loves new writing and Anthology is a platform for writers to play with style and material. For 'After the End' Spagnoletti lifts the lid on a vicious rivalry in 'abreast', Keevy makes politics personal in 'The Shepard', and Viljoen sets stoner against seraph in 'Cherub-A-Dub-Dub'.
Biographies:
Louis Viljoen - Director and contributing writer
Louis is a Cape Town based playwright and director. He has written and produced numerous plays including, The Bile Boys, The Frontiersmen, The Verbalists, Champ, Porno 88, The Kingmakers and The Pervert Laura. He is one of the creators (along with playwrights Nicholas Spagnoletti and Jon Keevy) of the successful short-play initiative “Anthology” which has had three successful seasons at The Alexander Bar’s Upstairs Theatre. Viljoen has won Fleur Du Cap Theatre awards (Best New South African Script) for Champ (2013) and The Kingmakers (2015). He was the recipient of the Rosalie van Der Gucht Best New Director award for his plays, The Kingmakers and The Pervert Laura. Viljoen is currently the Writer In Residence for The Fugard Theatre.
Jon Keevy - Contributing writer
As a writer Keevy flounces through different genres, from Children’s theatre to saucy sketch comedy, to solo shows dealing with dark South African themes. Most of these he has produced himself or with the aid of ASSITEJ and/or the Theatre Arts Admin Collective.  Currently Keevy is writing an absurd computer game for local game design company Free Lives. Keevy fits his writing schedule and his crazy collaborations around running Alexander Upstairs, possibly the youngest and definitely the smallest theatre in Cape Town. Despite its size (or possibly because of it) it has packed a punch in the local landscape providing a space for new, independent work from professional theatre-makers and new-comers to the scene.
Nicholas Spagnoletti - Contributing writer
Nicholas Spagnoletti is a playwright and the co-owner of Alexander Bar. He's best known for his play London Road for which he received a Fleur du Cap and the Olive Schreiner prize. Other plays that have been performed in SA and abroad are Special Thanks to Guests from Afar and Civil Parting. He also works as a software developer.
Donna Cormack - Performer
Donna graduated from UCT’s Theatre and Performance degree in 2015. Her most recent performance was as ‘The Whore’ in Tom Eyens The White Whore And The Bit Player (2016) directed by Christopher Weare, which received 4 stars in The Cape Argus. Other notable performances, include ‘Mary Brenham’ in Our Country Is Good (2015) directed by Geoffrey Hyland, and ‘Rita’ in Black Dog/iNjemnyama (2015) directed by Clare Stopford.
Daneel van der Walt - Performer
Daneel studied Theatre and Performance at UCT before Instagram existed. She then went on to work on her waitering skills and after a fairly impressive level of servitude was reached she approached the theatre industry with a new found fervor. Since then she has been in shows like Juliet Jenkin’s Big Girl, Long Street Nights directed by Nicky Rebelo and The Fugard’s Rocky Horror Show. She recently wowed Alexander Bar audiences with her original cabaret Dani and the Lion; Last night at The Den.

LOVED THE VARIETY AND THE ACTRESSES

I loved it. Daneel is mesmerizing. They both are. I completely loved Dona in the last piece. Seeing the actresses work through different scripts in the hour long show is wonderful. you get a fantastic sample of how comfortably they can fit into different roles / characters. you can see what they are most natural with / comfortable with. Also throughout the show you sense that Daneel is really bring out the best in talented young Donna. There is a lot of love, nurturing / gentleness in the way she works with Donna. Perhaps it is all in my imagination, but I think another actress with Daneel's professional experience could so easily be less generous. I love the show.

Louis Viljoen is a genius.

Excellent. The dialogue, the context, the performances, each unique but equally brilliant. I loved it every minute.

I thoroughly enjoyed it!

Amazing how much entertainment we got in less than an hour. Spagnoletti's hard hitting 'abreast'; Keevy's 'it sucks' politics and a good laugh with Viljoen's angel. Well done trio.

Loved it!! The girls were brilliant.

That was phantastic! One of the best shows we ever saw at the Alexander Bar. The actors are great, the plays are exceptional good. It was emotional, sexy, funny. The acting developed your feelings through the hour. We enjoyed it very much. Thanks for a special evening.

Although After the End was theme, the playlets had other things in common, notably corruption. Innaresting! All three gave pause for reflection. Performers did well, taxing for them. Overall, this year's trilogy seemed Anthology Lite? (A bit under the weather so forgive lack of detail)

Well done John, Louie, Nicholas, Daneel & Donna, this was a good one!

Interesting and exciting to hear and 'see' the voices of such talented writers. Donna and Daleen a wonderful combination. Thanks Louis, Nicholas and Jon.

Some thought-provoking writing. I feel the actresses were over-stretched in the Louis Viljoen piece, which I also feel need to be a longer play - it felt rushed, whereas I think there was a lot of absurdist insight and existential rhetoric that needed more time to breathe. But certainly that piece requires extremely experienced actors.

thoroughly enjoyed ... out the box original subject matter ... we give it a 4 ... thanks and congrats to all xoxoxo

Thoroughly enjoyed the evening. Tickets are a bit pricey for what you're getting but the affordabilty of the wine from the bar made up for it.