When We Were Nearly Young 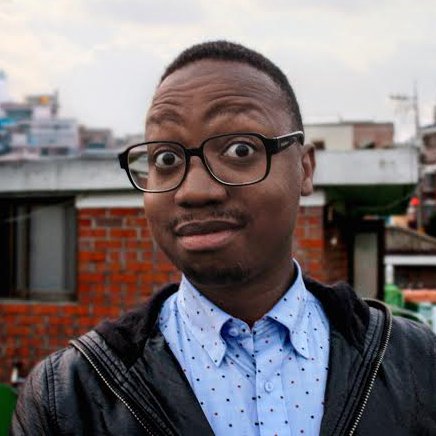 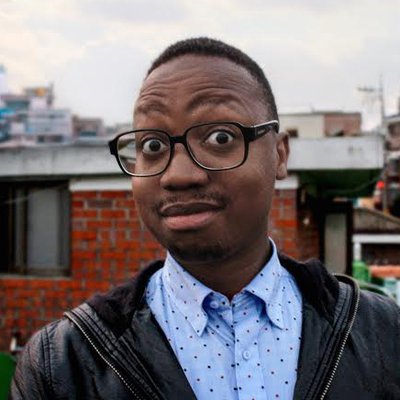 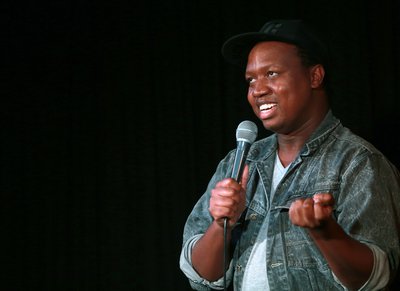 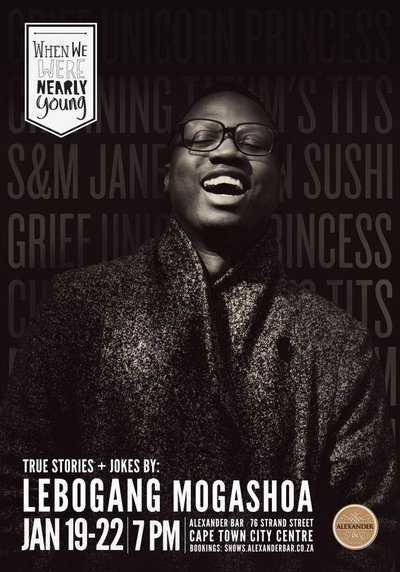 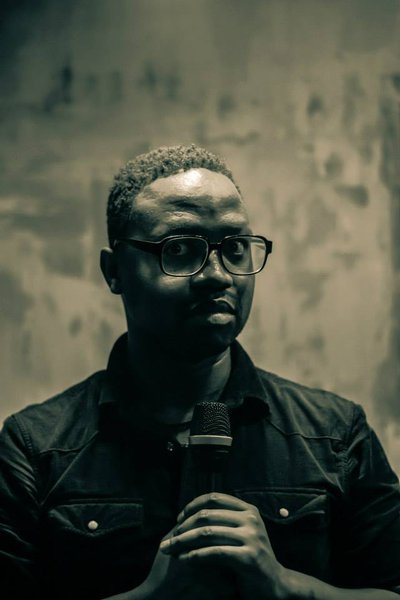 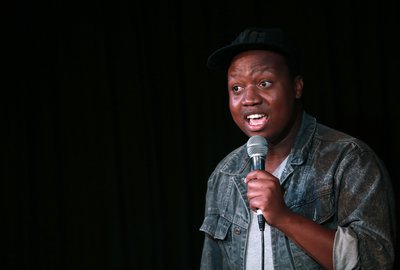 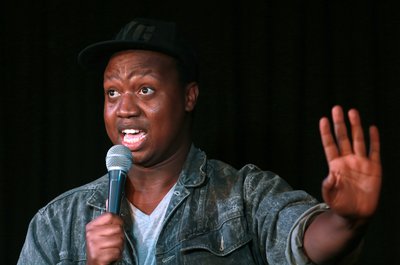 When We Were Nearly Young

Lebogang tells hilarious stories. He survived North Korean bomb threats. He’s the one to call when you need help recovering from secret jaw-shaving cosmetic surgery. He knows which celebrity endorsed (urgh, Gwyneth) detox diet causes Martha Stewart hallucinations. And he knows what it's like to live inside a political campaign. Bring friends and all of your emotions to this show.
In When We Were Nearly Young, Lebogang Mogashoa tells real stories from his life with humour and candor. These are tales often shared among friends after a really good meal. They are personal and leave you feeling less alone in the world.
This time around Lebogang shares hilarious and poignant stories about helping a friend hide from her family while recovering from secret plastic surgery, the highs and lows of his mother’s political campaign, a carefully planned but disastrous first kiss, an unexpected religious conversion and living close next-door to North Korea for five years.
When We Were Nearly Young is modelled after storytelling shows like This American Life, The Moth and RISK!

Review of When We Were Nearly Young by Beverley Brommert

Profile: Lebogang Mogashoa for When We Were Nearly Young

It's entertaining, revealing and personal. Magic happens when someone has the courage to allow themselves to be so transparent and vulnerable - and still make you laugh!

I really enjoy it. It was real, funny and refreshing.

It was great. Lebo is a great entertainer!

I highly recommend this show. Lebo's storytelling was funny, raw, sad, insightful; but most of all honest.

Check out my review here: http://goo.gl/uDjf2z

I love this show. It was my second time. Lebogang is cute, sincere, hilarious and delightful. I want him at every party I go to.

Very funny, but relevant too. My girlfriend and I had a great laugh...a fun-filled evening.

He has a great future in the industry.

Hello, this was of a very low quality. In fact it was the worst performance I've seen in your excellent little theatre. The 'comedian' was nervous, lacked timing and couldn't read the audience. It won't stop me going back to the theatre but I'd avoid the performer like the plague. You did ask! :-)

As a live, true storyteller, myself, I was so excited to see this show. He was delightful and warm and I really enjoyed his tales.

Thoroughly enjoyed the show! He's fantastic! Will be back for 2 more shows.

Awesome! A rollercoaster of emotions, laughs and self-reflection.

Hilarious and wonderful. Please have him back. I want to tell all my friends to go see him! And just love the vibe of Alexander Bar in general and the intimacy of the theatre space is great. Thank you!

Lebo was seemingly slightly unsure at times and I was waiting for the sledge hammer to fall on audience which it never did.

Loved it. So honest, funny and fresh.