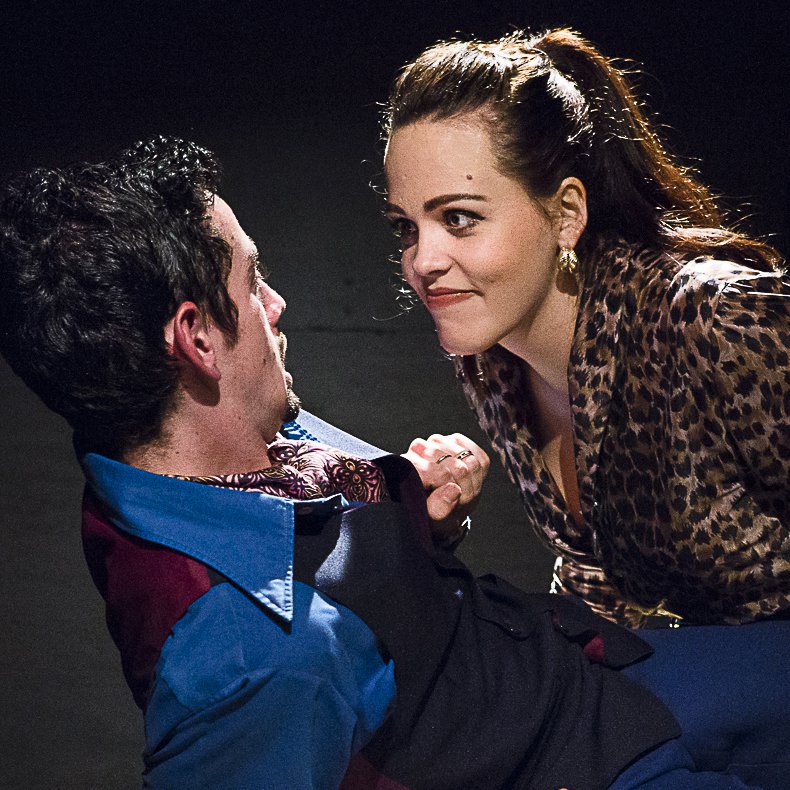 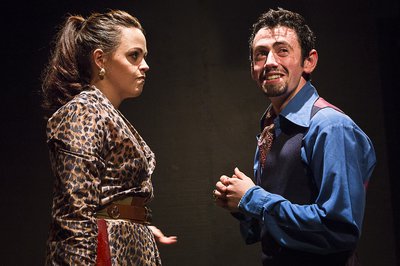 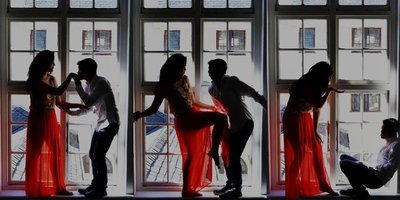 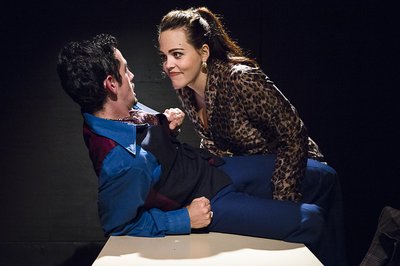 The Open Couple is a comedy about sexual politics in marriage. The play is centred on an extended argument between a husband who enjoys an array of partners and his wife who wants him for herself. Despite reaching a mutual agreement about living in an open relationship, they find themselves faced with unexpected complications when their passion for each other re-emerges. When things blow up and the tables turn their marriage is left in a precarious conundrum.
"Nathan Lynn's husband is a classic Woody Allen-style underdog Casanova." - David Fick, Broadway World
"Larica Schnell cuts a stylish figure as the wife."- Cape Argus
"Anarchic humour... Impeccable timing and hilarious effect"- Cape Argus
The Open Couple, under direction of Christopher Weare, premiered at Nicholas Ellenbogen's intimate Rosebank Theatre in Cape Town in May 2014, as a double-bill with an Afrikaans adaptation of Anton Chekhov's Die Buffel (The Bear) and was received with much positive critical acclaim.

Review of the Open Couple by Peter Tromp

Cute slapstick blah blah, but really, why are we making and watching plays about Italians in this country? I get that its to show that we can act, but I think art should really be about more than that. Artists are the magicians after all. So this was not art, even if it was technically good. And Alexander Bar's audiences are almost always exclusively white. Something to think about. If it was encouraging white self-reflexivity, which last rounds started to do maybe just a tiny bit in that it was self-consciously unapologetic about its context then cool, but why are we pretending we are in Europe?

All the shows I have seen at the Alexander have been of a professional standard. This one was not. It was a student production - obviously so. The acting was dreadfully over the top and unvaried. I think it is okay to give students a chance to show their work but then you should not charge your usual price of R90 (R80 on the net) for a ticket.

good show and snacks , charming staff you still need to fit safety wires/chains to all your spotlights to meet theatre regs !!!!!

Highly entertaining and extremely funny! A great show by these young performers!

Best theatre I've seen this month so far. Funny, stylish and Weare's direction is inspired. Two actors both delightful but why doesn't Amelia & her SFX get billing?

Fantastic! Such a fun evening out. Pure entertainment!

Thought it was terrific. Well acted and entertaining.

3.5 It was fun, clever actors, quite riveting. I disliked the fake Italian accent, though.

Great show, very fun and entertaining. The location is excellent

I would actually say ' between OK - and Fab'. I enjoyed it a lot, my partner did not ! Plenty of effort and enthusiasm in the acting and action, the idea of the 'effects' lady was really great ! The substance of the play was maybe a bit disappointing, maybe could have explored the theme a little more. Keep trying - great venue and vibe. Kind Regards, David Barnett.

We enjoyed the performance. great actors. Thank you.

We found it a little shallow

The piece was very entertaining and excellently executed / performed. Congratulations!

Take 2: Just to say that I see Amelia was credited! As Foley Artist. Reviewing briefly on Friday on Bush. A rave.

Just popped by and decided to watch it. Thoroughly enjoyed it!

I thought that it was genius! I will be recommending it!!

We enjoyed the show very much. It was a perfect night out as we looked for something a little bit different.