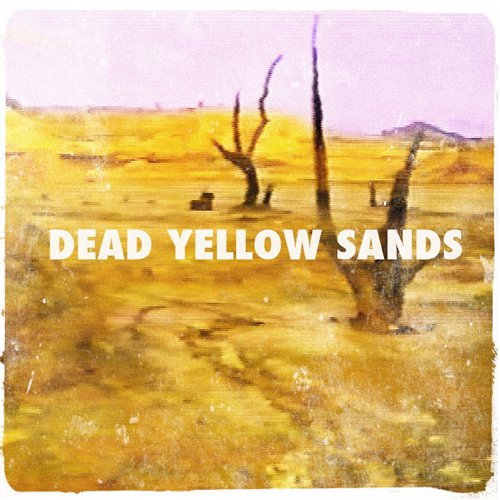 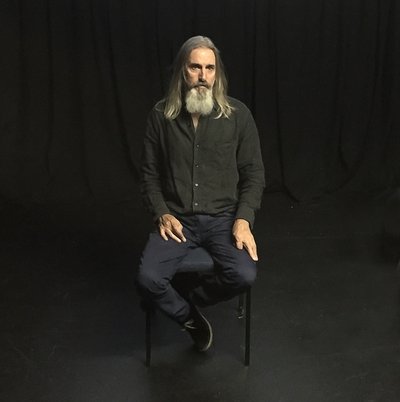 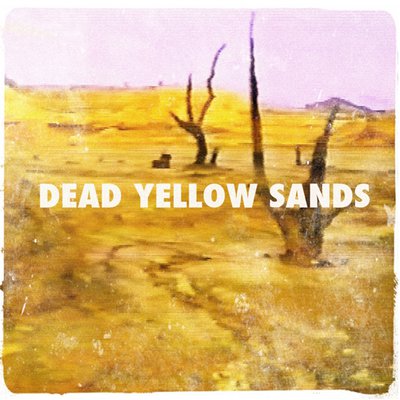 As a small boy at the funfair I let go of my father's hand. I was so caught up in the distracting sights and sounds I did not realise I was lost until somebody switched off the lights.
Graham Weir telling tales of places that were and people he knew. Graham Weir wrote a number of one man plays in the 1990s including Brief Descriptions which won the Vita Award for Best New South African Play. This is his first one man play for some time. Graham and Bo Petersen worked together on Graham's Letters from Patient Essop, a one man musical which played over a number of years to great critical acclaim. Graham is perhaps best known for his song writing and performances with Not the Midnight Mass, which he founded with his sister in 1988. The Mass still appear together, most recently at the Baxter Theatre and they have been invited to perform at the 2015 Fleur du Cap Awards. Graham also co produced and wrote the music and lyrics for Noah of Cape Town, the countries first acapella musical. Graham most recent work with Guy de Lancey was in 2013 in the title role of Lear in King Lear. This production was highly acclaimed and was one of the last productions at the Intimate Theatre.

Review of Dead Yellow Sands by Tracey Saunders in the Cape Times.

Intimate, personal, disturbing, humanising, unpretentious, naked. Was intrigued by the mix of personal and other stories. Theatre space was great for the work.

Incredible piece of theatre. Brave. Honest. Exposed. Raw. Deeply moving. And brilliant. For one man and two lights to hold an audience breathless for an hour. Amazing, Thanks. Lesley.

Profound and sad words. Brilliantly acted by Graham Weir. Great lighting. We will recommend it to our friends.

We thought Graham's performance outstanding. We were reeling at the end with the intensity of the piece and his delivery. Wonderful script too. Personally I found the stories moving and poignant, bravely told because so much was close to the bone, facing what we find so hard to face in life and about other people. I thought it was art at it's best - BRAVO!!

Amazing I was hooked fro the whole performance.

It is an excellent show - what a craftsman in action! Very touching. Only reason I am not giving 5 stars is that I somehow thought there would be more music/singing which he is also so good at. But I am very glad I had the opportunity to see this performance. Thanks!

This was one of the best shows I have seen in ages. With such a simple set and costume (but incredibly brilliant lighting), Graham Weir held my attention for the entire hour. I completely lost myself to the show and his stories. His acting range is phenomenal.OUTSTANDING performance! A real work of art! I hope you extend the run as I want to recommend it to my friends and family. I also hope to see more of Graham's work at Alexander Bar. Thanks.

Graham Weir you are simply brilliant!! Thank you for sharing your amazing stories and telling them so beautifully

Hi; It was truly an engaging evening. A very thought provoking performance, exceptionally well narrated. Thank you for a memorable evening, I will highly recommend the venue an indeed the play to fiends and family. B.Rgds Mike

Fantastic, and great singing. I know this might sound cheesy, but an uplifting song at the end would have have been great!

Both of us were bored by the prosaic story, wondered why anyone thought it worth telling. Joachim in fact fell asleep - unobtrusively I hope. We agreed over dinner that Graham Weir's presentation was good, and that the lighting excellent - it almost saved the evening! The story was pretty depressing and a bit pointless. It had aspects of autobiography - with the obvious exception of the death of the protagonist on the 'stage'. We wondered whether the enthusiastic applause meant that old friends were in attendance. Certainly a full house.

A captivating hour going through a gamut of emotions. Graham Weir is amazing.

I saw DYS in April. On learning of its reprise i was very keen to see again. As then, both GW's performance and the staging /lighting were first class.

Lots of comments. Dead Yellow Sands was absolutely brilliant. For its conception, its script, its finely crafted direction, acting and lighting and for its emotional charge, it really is a world class theatrical piece. We also so enjoyed the Alexander Bar with all its quirky decor and especially those old fashioned phones that were once part of our everyday lives. The bar staff were excellent under pressure. Hats off to all of you for a wonderful evening. We'll be back.

High quality, engrossing performance with seamless, sensitive and unobtrusive direction, so well done Graham and Bo. While sensitive to the biographical nature of the content I feel it could benefit from a few more gentle touches of humour - as humour is ultimately what gives us hope and enhances the pathos and thus the impact. Felt that the lighting in some scenes needed a more direct focus as the facial expressions were at times difficult to make out.

Graham delivered a master class. It was a superb show by the consummate actor. What a pity it was not a packed house john

Quite simply, the best experience that I have had in a theatre to date.

It was an evocative,intelligent, telling piece of theatre….acted with compassion and bemusement

Amazingly vivid portrayals of real characters. The final act should be performed for medical students. Thank you Graham!

Another good night out at The Alexander Bar. Good thought provoking piece, great acting,. Accompanied by convivial atmosphere before and after.

We loved these fresh perspectives on the human condition. Beautifully performed, directed and lit. The writing superb. Highly recommended. Thank you.

It was a great performance of a number of vignettes; moving depictions of different characters and their interaction with society. His capacity to be versatile and depict multiple personalities was most impressive.

Graham's voice is remarkable; the economy of his breath and his variety of authentic South African accents, delivered very subtly. I remarked on Guy De Lancy's lighting design as well: with his particular focus on his face and hands, Graham often looked like a classic painting. The "head-lamp" moment had impact; and the back-lighting for the character with no sight- all effective. I have enjoyed all the theatre performances I've seen at the Alexander.

Having seen many of Graeme Weirs productions over many years I was very disappointed.While clearly the bleakness and despair was the nature of his stories, I felt most of them, except perhaps slightly, the first and last, were unoriginal and devoid of levels of feeling .Telling stories without taking the audience in and along.Disappointing

A beautifully told,superbly acted piece of theatre. Graham Weir is an incredible performer, and the direction by Bo Petersen was faultless. If you are in Cape Town, don't miss this show.

An absolute privilege to see! Would like to be able to read the stories again.

Lovely show. Exceptional acting & directing. Lighting design has to be acknowledged - blown away with it. Well done Alexander Bar!

A wonderful piece of story-telling. Admirable characterization by Graham in both the writing and the delivery. Altogether a moving and impressive piece of theatre. We were also delighted to discover the Alexander Bar!

Lovely work from Graham and Bo. And loved Guy's lighting. Son-of-sorrow Graham at his most melancholy but with a sense of some hope, some spirit, somewhere in various forms. Has touches of Barney's PEOPLE, of Fugard, of Slab, of Bosman but still remains essentially Weir. His look is that of a sage, a guru, or maybe even a street preacher - a "White" equivalent of the old man of the village telling stories. Minor quibble: found one or two of the segues initially confusing, and last episode a little long. Hope it goes further.

Masterful. Graham Weir is incredible to watch. His stories are beautiful and sad and funny. It has an understanding and a joy that speaks of wisdom beyond the grasp of us plebeians. It is simple. It is perfect. (Also, the lighting is a stroke of genius)

Experience and craft evident in every department of the presentation.

5 Excellent show . Amazing storyteller. Felt the stories were quite heavy but they were brilliantly executed and the lighting was amazing.

Beautiful and touching stories - wonderfully told. Amusing and insightful and gut wrenching - but above all HUMAN. Graham is lovely, as usual.

This was a truly wonderful performance (notwithstanding some of the subject matter being particularly harrowing). The show deserves an extended season and I would certainly wish to see again.

Graham Weir was surpassingly excellent in both aspects of DYS; as playwright, and as actor. As the seating and stage make for the characters looking directly into the audiences' eyes, hearing GW's stertorous breathing in the role, DYS is first class. Exactly how theater should always be! Each time I've seen a production upstairs — half a dozen or so in the last year and a half — I leave with ambivalent feelings: 'my word! Why don't more people know of this marvelous venue??' & 'my word! This venue works so very well, please don't even contemplate making it bigger or better'.

A very moving and evocative performance

This was one of the best shows I have seen in ages. With such a simple set and costume (but incredibly brilliant lighting), Graham Weir held my attention for the entire hour. I completely lost myself to the show and his stories. His acting range is phenomenal.OUTSTANDING performance! A real work of art! I hope you extend the run as I want to recommend it to my friends and family. I also hope to see more of Graham's work at Alexander Bar. Thanks.

Superb show . Brilliant acting . What a treat. Lovely venue. Will definitely be back. Many thanks

Beautiful. elegiac with breathtaking opening vignette of Graham Weir’s boyhood of growing up in Benoni and reminisces of Joburg. Chiaroscuro like lighting by Guy De Lancey – very Rembrandt and great direction by Bo Petersen. Graham Weir is a masterful storyteller and his precise use of minimal gesture and song makes for compelling viewing. Loved the image of sand, wind running through the piece. Very sad closing vignette. Would have preferred something a bit more upbeat to close. @TheCapeRobyn