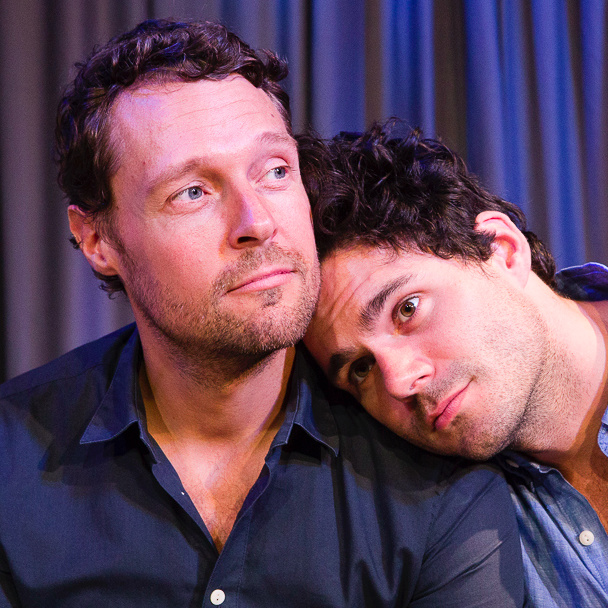 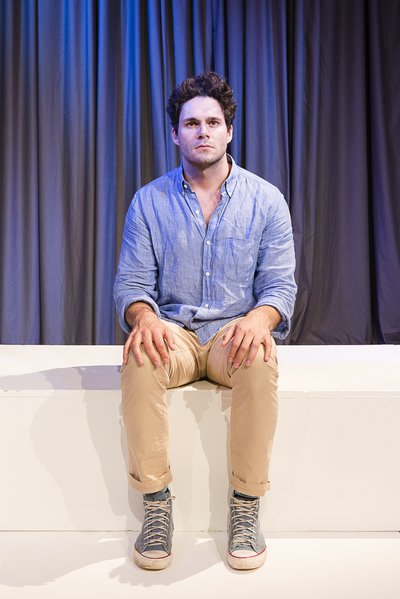 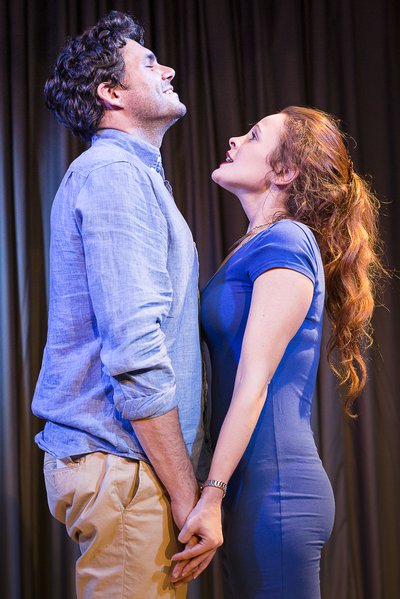 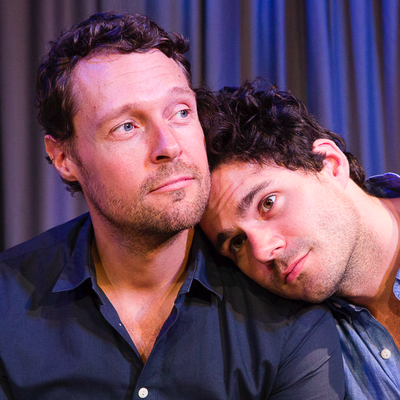 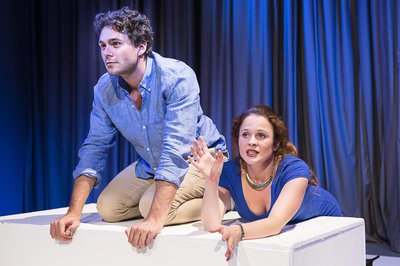 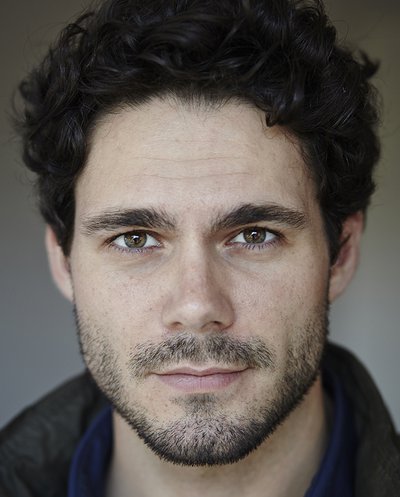 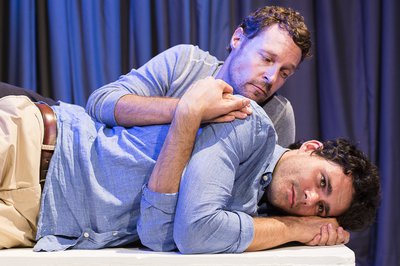 Unhappy in his relationship, John wants out. Or maybe he just wants time out? A break from his boyfriend for a few weeks. Or maybe months? Actually, the whole problem is John doesn’t know what he wants. But the last thing he expects is to fall in love with a woman…

Winner of the 2010 Olivier Award for Outstanding Achievement in An Affiliate Theatre, Mike Bartlett's sharp, witty script takes a candid look at one mans sexuality and the difficulties that arise when faced with a whole new world of possibility.
Praise for Mike Bartlett's  script

“With the exception of Oscar Wilde, quarrelling lovers are never as articulate and entertaining as they are in COCK, Mike Bartlett’s Battle Royal of wit and persuasion” – Variety

“Robust and rollicking. Bartlett’s dialogue crackles and pops with the rhetoric of vituperation” – The New Yorker

“Bartlett manages, deftly, to explore many exigent questions of identity, sexuality, our obsession with certainty and our visceral discomfort with ambiguity.” - Huffington Post

Interview with Melissa Hayden for COCK

Review of COCK by Peter Tromp

Review of COCK by Rory Appleton

Review of COCK by Beverley Brommert

Loved the subject matter and the acting was top-notch. The story dragged a little towards the end, but overall a good experience.

Apart from being truly entertaining, the wit of the dialogue was thought out very well and applied in all the right places. I had a friend from Oxford that came to see the show with me and he was astounded at the accents. Thought he was back home watching a live production. We had a real hearty laugh after the show, still wondering what happened to the cheesecake as on the night we had dinner and there was no dessert available. (That's just a small bit of our own humor added). The cast were wonderful and it is good to see that SA talent ranks high with the rest of the world. I personally will definitely go and see more and invite more friends. The atmosphere at the Alexander is cosy and inviting. Thanks to all for a very enjoyable evening.

I thoroughly enjoyed the play 'Cock'. I found the acting to be exceptional and the storyline so relatable and relevant. It really is so wonderful and inspiring to see great acting. The Alexander Bar is a great, intimate venue. I love going there and especially to watch theatre.

I loved this production! How brave to take on a sexuality issue that no one has truly explored, and to explore it with such sensitivity. Bravo guys!

The acting was very good in all respects with a high level of emotional intensity needed to engage the audience. It is a relevant topic seldom so intricately portrayed, and often unspoken in societies. In my (Charles') opinion there were too many f words as adjectives in almost every sentence, which detracted from the possibilities of richer language to convey the pain and terror of the situation. The set was appropriate for the size of the theatre, but the beating sounds from the bar underneath were intrusive. Well done to all the actors, actor-producer, and directors.. The musical score was particularly subtle.

Cock was an experience! It took you on a roller coaster ride of emotions and although there was no interval held your attention. Acting and directipn was brilliant.

Superb script that was well directed with simple yet effective staging. The performances were poignant and enigmatic. Very moving piece of theatre with plenty of humour interspersed with emotions everyone can relate to. Highly recommended.

I loved this show. I thought it was honest and rather ballsy (excuse the pun!) The acting was superb and subject matter very relevant to many young people today. I just love the intimacy of the theatre, too. Will definitely be keeping up to date with what shows are on offer and hopefully become a regular.

Absolutely LOVED the play! Well done to Matt and Co. All the best for the rest of the run.

Acting was superb, but the story was extremely uncomfortable and disturbing and left me feeling unhappy and helpless.

I enjoyed it very much - Pity about the 4 drunk idiots who disrupted and heckled the actors.

I thought the show was excellent! I felt it was beautifully engaging both intellectually and emotionally. The subject matter felt very appropriate and the minimalist approach was fresh and interesting to watch!

*** stars quite enjoyable and funny !!! glad to see that's it's coming back for another run.

Initially didn't like it, the start was hectic. But once the story got going, and the girl came into it it was a superb, well acted piece

Fantastic performances. This was the second time I had seen then show.

4. An excellent performance. I enjoyed it very much. Perfect for the venue...

Excellent acting, direction and script. Great pace. Who wrote it? Take it to the Grahamstown and Edinburgh festivals!! Allen Ambor

Excellent acting, direction and script. Great pace. Who wrote it? Take it to the Grahamstown and Edinburgh festivals!! Allen Ambor

Very good! Didnt expect it to be so real-life drama though.

Clever play very credible enjoyed it very much sorry the girl did not get the gu(a)y but probably better off in the long run. Thank you for presenting the play. Should be shown to a wider audience.

Outstanding in every possible way!

Outstanding acting. The script was in my view a bit wonky at times. Small, petty point but - a pity about Francis Chouler's sweatiness so apparent on his shirt. It really was very unappealing, despite his excellent and very emotional portayal.

My girlfriend loved it i thought it went on and on a bit The acting and the writing was superb 5 stars For acting . Brilliant

Trim the narrative (by 10 mins) and the story will have greater impact. Some beautiful moments by your very strong actors. Melissa Haiden is spellbinding. Glad I got to see this before NAF.

A production that was genuine, sincere, eye opening and thought provoking. An enjoyable script with a dedicated cast and fantastic direction. I would definitely watch it again.

I very important subject matter, brilliantly done, awesome venue! It is the kind of play that linger with you long after the final act. Wish you could take this to Gauteng.

It was all right, but we found it somewhat dragged-out and going in circles towards the end.

The cast did their best but I thought the play poor. Main problem is the central character whom I disliked intensely - a whining self centred narcissist. And if you feel like that about him, then the whole experience is a complete pain. R

It had good start but after a time it got very prolonged. The story of the father,? why was not he not gay and chose to a women? we sit throu a whole show and the main character is again where he was at the beginning. indecisive. but there was very good relationships outlinesIt in the scenes.

Still not sure why the chairs were set up along the sides of the stage. Must have made it hard for a good part of the audience to engage with the characters when all they could see was the back of their heads. :(

Some sharp performances (Matt New­man was especially strong), and an intriguing twist on a much-explored theme. Some great direction, too. Incredibly moving. What I hated were the two drunk assholes seated in the audience (on the chairs at the edge of the performance space), chatting, looking at their cellphones, dropping their cellphones, and snoozing due to aforementioned drunkenness. They turned out to be the real cocks. And I would have cheered if a cast member had momentarily stepped out of character to tell them both to fuck right off.

I enjoyed the show tremendously and the energy with which it was delivered. I thought the female actress was especially engaging and natural. I was seated on one of the seats running down the side of the 'stage', and at times struggled to see what was happening.... not ideal placement..

It was emotive, raw and the actors were absolutely incredibly at bringing this story to life. I thoroughly enjoyed it.

Thank you for bringing this brilliantly-written, intriguing and moving drama to Alexander Bar. The cast was perfectly cast and extremely talented. An enthralling and thought-provoking 80 minutes.

Not sure how good a play this is – seems a bit long-winded to make its points. Well-staged, good direction from Paul Griffith. Francis Chouler extremely good in what must be a devilish part, indecision about practically every single thing in his life being the way John lives his life. One does get a bit exasperated with these two men; one wants to take them by the shoulders and shake them.

It was an absolutely amazing piece, sensitively directed and beautifully acted. Kudos to the entire company. Laura Bosman

Super great! Well done to Paul Newman and the team

Very interesting subject and well written script. All the cast gave excellent performances. Thank you to the Theatre Management for a well managed Front of House experience. Claire

Great show, with some brilliant acting ! Most enjoyable evening, and great venue.

Enjoyed the performances on the whole. Thought the play somewhat overextended in its arguments. Why did he not just get his rocks off, with boys or girls, or both. Who cares? But basically enjoyed the evening.

The play was great. There had been some complaints from some of the audience members that other audience members were on their phones and made snide comments whilst the act was going. They responded to the play in an attempt to distract the actors and audience, would be nice if someone told them to switch their phones off before the show started or even possibly asking them to leave.

We see quite a bit of theatre in London and were really impressed by the acting and staging of Mike Bartlett's Cock. The dialogue was powerfully and poignantly delivered and the minimalist space worked very well indeed. Congratulations on a great performance!

I loved it. There is a gentleness about the play that I love. Matt Newman is particularly brilliant. As is(needless to say) Melissa (and Francis). The clothed sex scene is steamy. The sexual tension is annihilating. They have managed to grab the audience by the balls so to speak.

I'm still dealing with the emotions evoked. It was incredible.

I thought it was an intense and thoroughly well acted piece of drama. It would be difficult to rate any one of the actors higher than another as each in turn gave a stellar performance. On another note, not related to the play, with a packed house it became uncomfortably hot, any improvement in the ventilation or air conditioning would be most welcome.

It was all right, but we found it somewhat dragged-out and going in circles towards the end.

6 out of 5, Unbelievable, acting brilliant, superb evening had by all. just a little concerned with the price tickets. What does one pay when booking online. Thanks shulamith Babus