An Audience with Miss Hobhouse 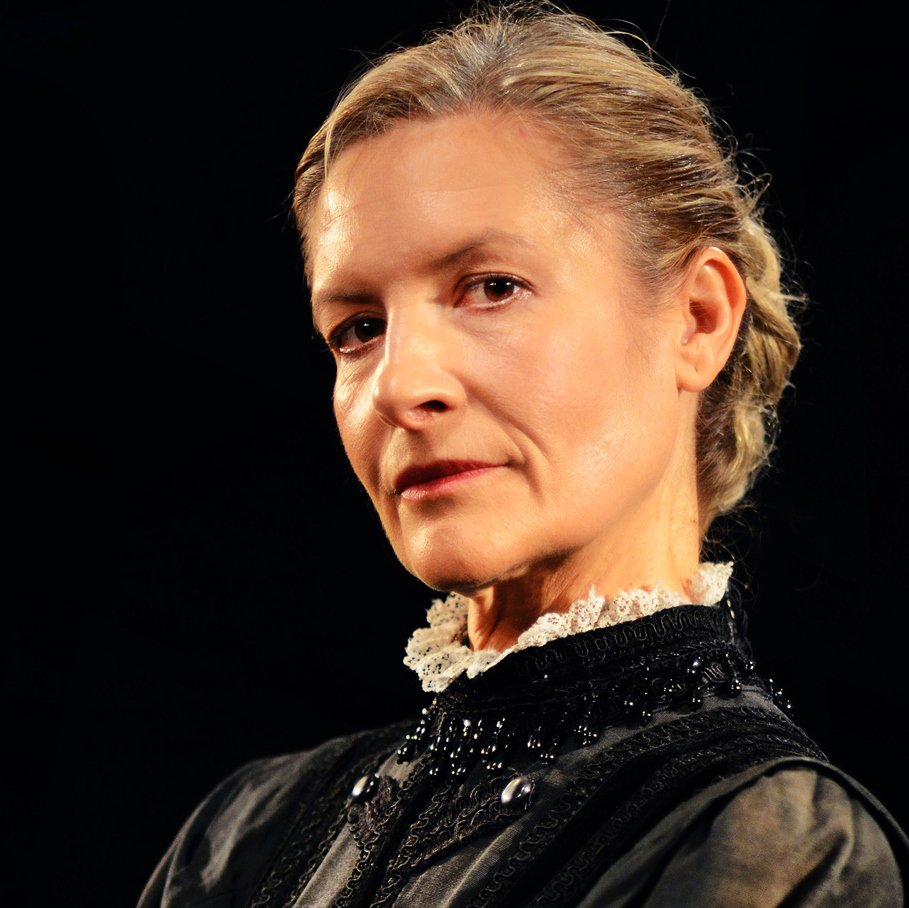 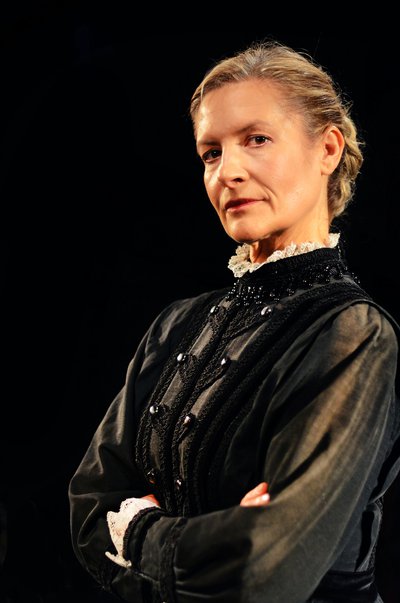 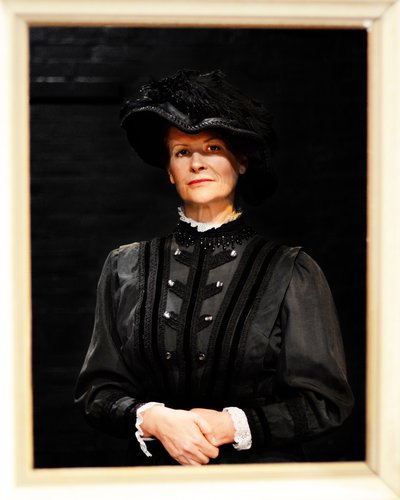 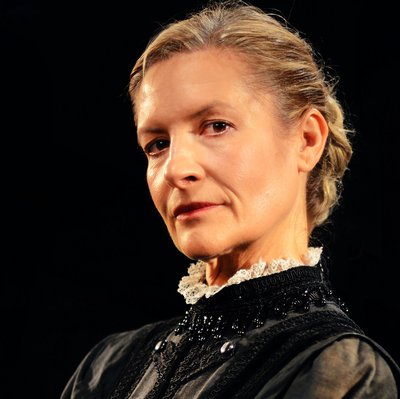 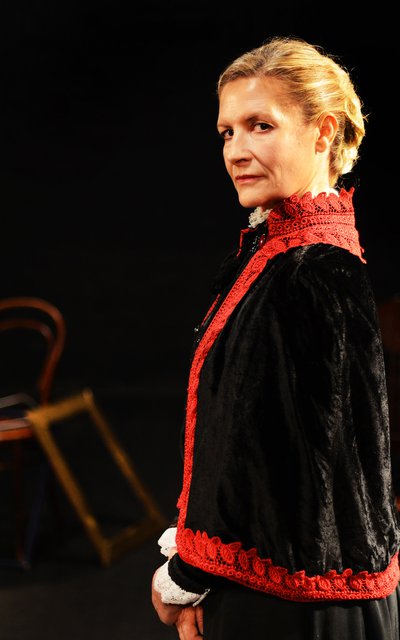 An Audience with Miss Hobhouse

Director Christopher Weare's production of Tony Jackman's one-hander with Lynita Crofford in her Fleur du Cap Award-nominated role as Emily Hobhouse, whose efforts to make the British establishment grasp the injustices of their concentration camps during the Anglo-Boer War ring familiar alarm bells today. Crofford, in a performance that has won her many standing ovations, embodies both the stern passion of the Cornish crusader and the grim determination of Tant Alie, a Boer prisoner, to survive the war and the camps. Weare's placement of the story in the detritus of a ransacked Boer farmhouse brings an added poignancy to what Die Burger described as "a jewel" of a script. The production won a Standard Bank Ovation Award at the National Arts Festival in Grahamstown in 2013 and has also played in Johannesburg and at Clover Aardklop in Potchefstroom.

“This is not a history lesson. Rather, Jackman and Crofford breathe life into some very real characters and through them allow the audience some insight into a period fraught with many of the same tensions we’re experiencing today. Be sure to see this.” - Marina Griebenow

Christopher Weare is a member of The Mechanicals theatre collective which stages highly successful repertory seasons. He is Director of the Little Theatre and founder of the Intimate Theatre. Recent Fleur du Cap theatre awards nominations include Rosenkrantz and Guildenstern are Dead (2007) and Elizabeth: Almost by Chance a Woman (2009). He was the recipient of the Fleur du Cap Lifetime Achievement Award in 2012. Work includes a well-received Chekhov season and his acclaimed direction of Vigil, by Morris Panych, for the Fugard Theatre.

Lynita Crofford has worked in theatre, film, television and radio for more than 25 years. She received a Fleur du Cap theatre award nomination last year for her role in An Audience with Miss Hobhouse, and earlier appeared in the international movies Safe House and Chronicles. She also works extensively as a voice artist and is a dialogue and voice coach and lecturer in acting and TV presenting at City Varsity School of Media and Creative Arts in Cape Town.

Tony Jackman writes with irreverent humour in newspapers while also sub-editing and revising the work of his peers for newspapers throughout the country. He has published restaurant guides to the Cape's top restaurants, and while living in the UK edited and founded etc, an award-winning magazine whose template has since been used throughout the UK. His front pages for the West Sussex Gazette were nominated for a British Press Award. He has written three plays, of which 'Hobhouse' is the first to go into production. He is currently researching two new plays.

Press Release for An Audience with Miss Hobhouse

An excellent, passionate performance that both educated and entertained. Lynita Crofford's skill as an actress transported me from the British Houses of Parliament to a South African farmhouse, with only the addition of a hat or a shawl to complete the picture.

A fantastic performance by a very talented actor. Completely brought the characters to life. Thank you.

Was a great experience and a great show.

Finely crafted performance which is experienced to the full in the intimacy of the wonderful space.

First time at Alexander Bar and I really appreciate the space that you guys have created. Well done Tony Jackman and Lynita Crofford on a great script and rendering, respectively. I will certainly be back and would appreciate it if you could add me to your mailing list. Daneel.

Tony Jackman: An Audience with Miss Hobhouse. Directed by Chris Weare, @ Alexander Upstairs, Thursday 6 February 2014 Performed by Lynita Crofford. Not a name or a face I know. It was all very efficiently done. I thought I detected a slight edge of satire in her impersonation of Hobhouse, something Hobhouse certainly does not deserve. Of course, her two contrasting characterisations were clear and obvious, but the switches were done so fast, the first words of Character B tripping up on the heels of the last words of Character A, giving one no time at all to digest what one had just heard or to take a breath before what was to come. Was she made to hurry to meet a time-constraint? Everything was good; nothing was compelling.

Excellent on every level. We were drawn right in and Ms Crofford's ability to change characters without losing tempo is awe inspiring.

Excellant on every level. We were drawn right into the story & Ms Crofford's ability to change characters without losing tempo is awe inspiring.

All of us thoroughly enjoyed it, and thought the performance was excellent! A remarkable performance, indeed, given the many characters that the actress had to adopt throughout the play, and the ease with which she switched from one to the other. The play was also both thought-provoking and powerful.

Very moving. Not only a superb performance but a wonderful, clever, at times poetic script. No melodramatics, just the facts but portraying so vividly the passion that drove Emily and the strength, dignity and suffering of the archetypical Tant Alie. Thank you all for this exquisite piece.

Absolutely magnificent performance by Lynita - we were spellbound from the moment she stepped onto te stage.

Excellant on every level. We were drawn right into the story & Ms Crofford's ability to change characters without losing tempo is awe inspiring.

A fantastic performance by a very talented actor. Completely brought the characters to life. Thank you.

Finely crafted performance which is experienced to the full in the intimacy of the wonderful space.

Very competent performance, pity so few attended. One point that seems to be a recurring theme, we should be allowed in 10 mins before the timed start and then start on time!