The Antique Telephone system was created by Edward van Kuik and Colin Braye.

16 telephone were modified with a small ampifier, a red LED and fitted with a (abused) CAT-5 cable which all connected to two 10-channel Delta LT1010 sound cards to listen to the microphones and play to the handsets and two Arduino Uno micro-controllers to listen for on-hook/off-hook and pulse dialing, and also to operate the LED. The software was written in Python talking to the Arduino running Firmata and via Jack. How did we quickly dispatch the sound from one telephone to the other of 16 phones at the same time? Numpy arrays!

Edward did a talk on at PyconZA in 2012 (which won best talk of the conference!).

Technical Information about the Antique Telephones 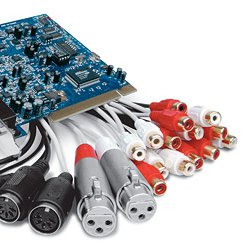 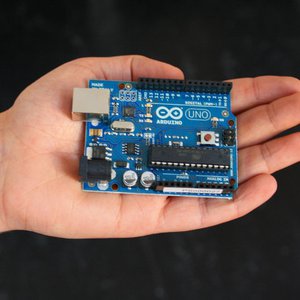 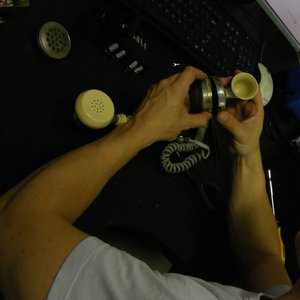 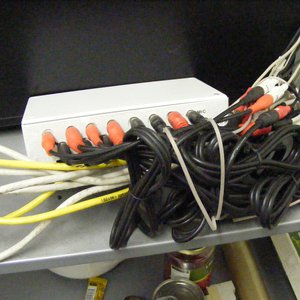 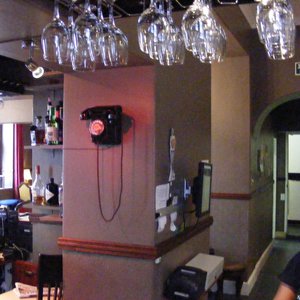 The bar phone has a flashing red light when it rang 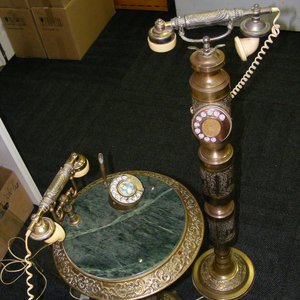 The Table Telephone and one of the Standing Telephones 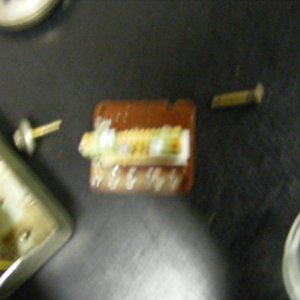 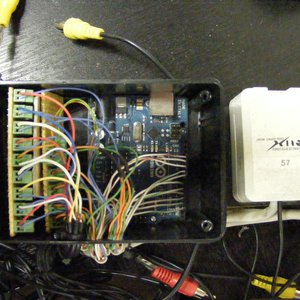 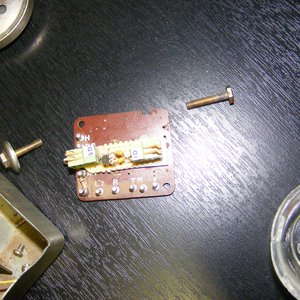 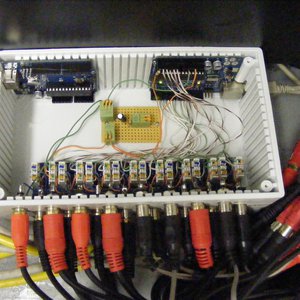 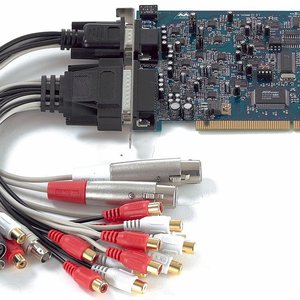 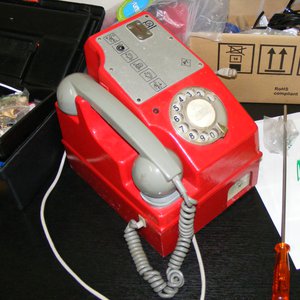 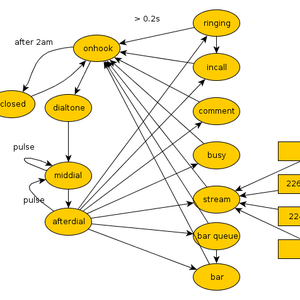 Phone States
To determine which number was dialed. 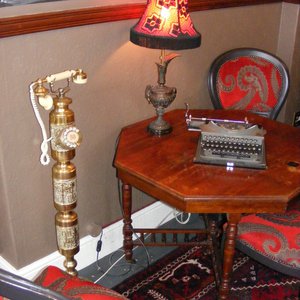 The Standing Phone with Red Lamp and Typewriter